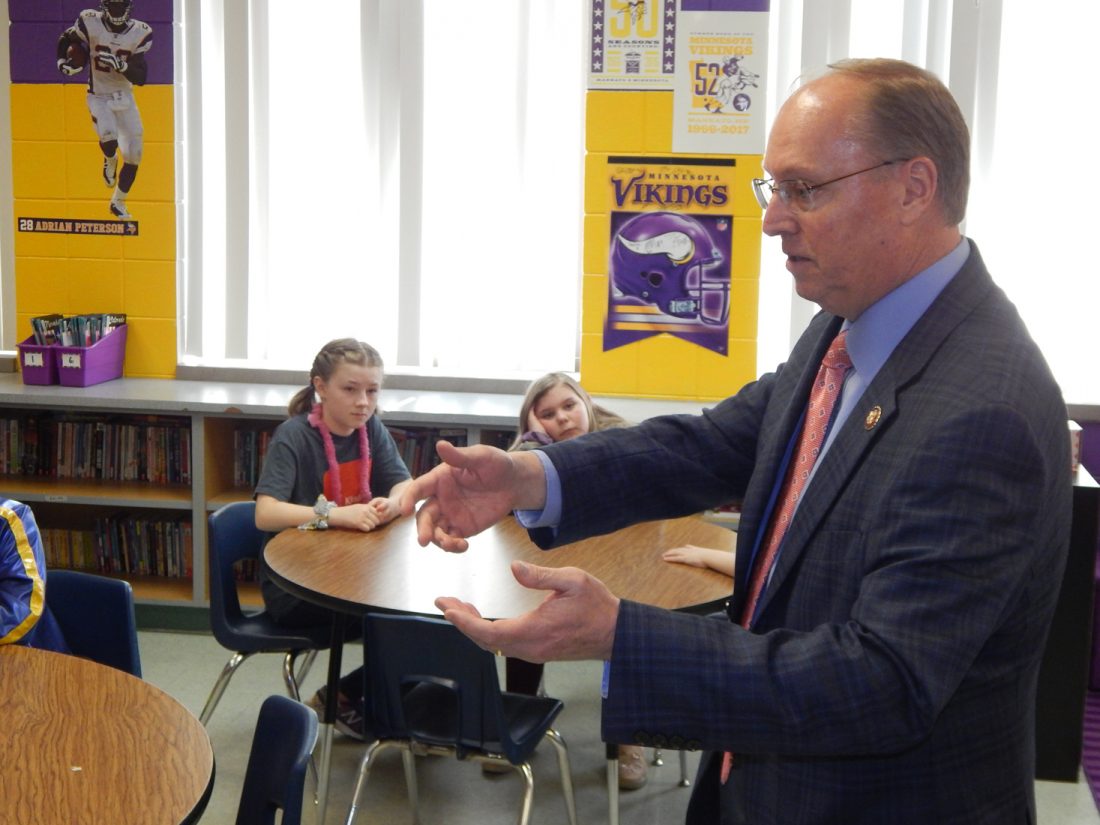 Hagedorn visited the class after receiving letters inviting him to visit them from Beth Griffis’ students about a month ago.

Students were quick to answer Hagedorn when he asked them what they enjoyed doing most. Answers included helping their brother with cows, visiting their horses, sewing, playing with guinea pigs, swimming, camping, dancing and playing baseball.

Hagedorn said he played baseball himself as a youth growing up in the southern Minnesota farm community of Truman.

He talked about the people he represents in Washington like farmers and people committed to medicine that work at the Mayo Clinic in Rochester.

“I sponsor and co-sponsor legislation like tax credits for biodiesel,” Hagedorn said. “I also work on reforming government to make it more efficient, help southern Minnesota people having problems with government programs like Social Security and Veterans benefits and selecting what applicants are appointed to U.S. military service academies.”

Hagedorn said he often attends meetings with many different organizations.

Hagedorn said he was impressed with all the Minnesota Vikings purple and gold-colored items in the classroom.

Hagedorn said he rode in a large limousine called “The Beast” with President Donald Trump when he visited Minnesota last week.

“President Trump talked about promoting small business when he talked here,” Hagedorn said. “Times are tough in Washington now. There are lots of arguments going back and forth, including international trade,” Hagedorn said. “Canada and Mexico are our big trading partners. The President tried to do a new trading deal last year that is going in front of the House of Representative and Congress. I support it. You’ll hear about it in the news in the next few months.”

“We’re trying to use common sense to help people do business and to protect the public,” Hagedorn said.

He told students to realize how many great things there are about America.

“Can you imagine living without all the things we have?,” he asked. “There are many people in the world that don’t have what we have. We invented and improved many of the modern things we have. We have better and more opportunities here.”

Students talked about their ancestors who served in World War II.

“Talk to your brave and courageous relatives who served in the military. They may not talk about it much, but they have fascinating stories to tell,” Hagedorn said. 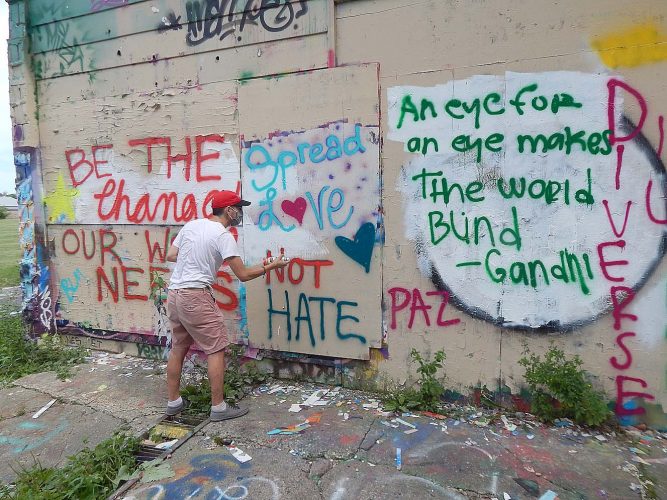 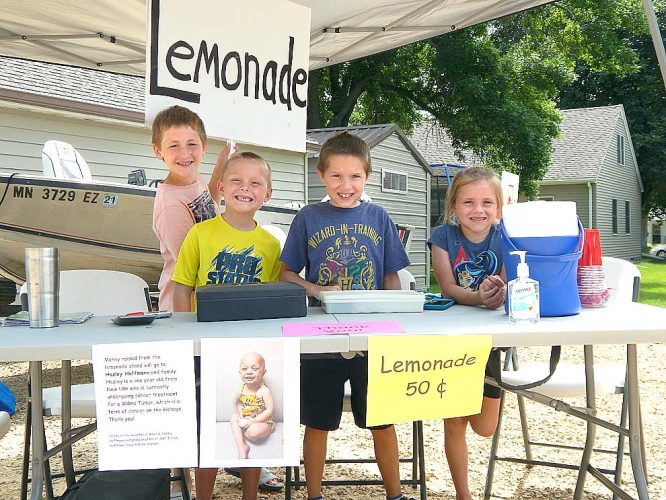