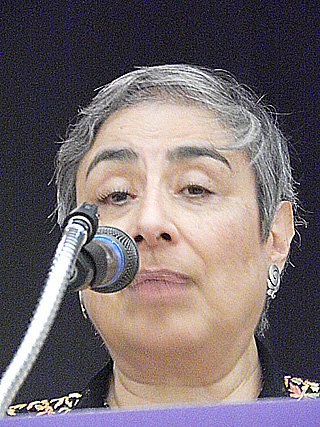 NEW ULM — In October, Alma Marin of New Ulm received the New Ulm Human Rights Commission’s Human Rights award for her work on behalf of the right of all.

Two weeks ago, Marin received a hate mail letter in her mailbox from an anonymous person who objected to a public statement she made critical of the president.

The envelope of the letter was addressed to: “Alma Marin–Illegal alien.” The letter inside contained a page worth of hate speech directed against Marin and others, including the League of Women Voters.

The letter was dated Jan. 15 and believed to be in response to a statement Marin made in the Monday, Jan. 14 edition of The Journal.

In the Journal’s weekly “What’s on your Mind” editorial page feature, Marin and five other individuals were asked: “What are your thoughts on the record-long government shutdown?”

Marin’s response was, “I think the longer it goes on, more people will realize what a bad president we have.”

The hate mail Marin received included a printout of this from The Journal’s online page.

The opening line of the letter read: “You’re a Latin and Anti-American.”

Marin is a native of Bolivia, whose father immigrated to the U.S. when she was young. She is a naturalized American citizen, and was the recipient of the New Ulm Human Rights Commission’s Human Rights Award in October for her work on various commissions for the rights of all humans.

The writer called Marin a “freeloader and a diseased liberal,” before making multiple racist remarks about former President Barack Obama. The writer’s anger towards Obama was due to giving “our taxes to the worthless.”

The writer suggested Marin and other non-whites leave the country. One quote said: “The normal american (sic) white worker who live here don’t need some rat running what’s right into the ground. Whites earned our freedoms not some taco, unfriendly, smelly Spaniards.”

The writer included a post from taken from a website in titled “Day One.” In this post a second writer criticizes Democrats taking over the House of Representatives. The post specifically targeted newly elected women Senators and Representative like Sen. Kyrsten Sinema and Rep. Rashida Tlaib for not taking an oath on office on a Bible. The “Day One” post also suggested the election of Muslim women and Alexandria Ocasio-Cortez (D-NY) was a victory for anti-Semites.

The letter sent to Marin closed with an additional attack against the League of Women Voters (LWV), of which Marin is a member. The writer refers to the LWV as a collective of prostitutes and lesbians.

Since receiving the hate mail Marin has given a copy of the letter to the New Ulm Police Department and also supplied The Journal and other organizations in New Ulm with copies.

The Human Rights Commission approved a response letter Monday night. The response was drafted by Wendi Ringhofer and approved by the commission.

The response assures anyone who feels threatened by the letter to “know this is a small voice greatly outnumber by those who are gad you have chosen New Ulm as your home.”

The commission encourage anyone sickened by the letter to not be silent and call out racism, homophobia, misogyny, or any other disparaging comments or actions.

Human Rights Commissions plans to submit the full response to The Journal. League of Women Voters and other entities are expect to submit responses in the near future.