Boettger: City should be responsive 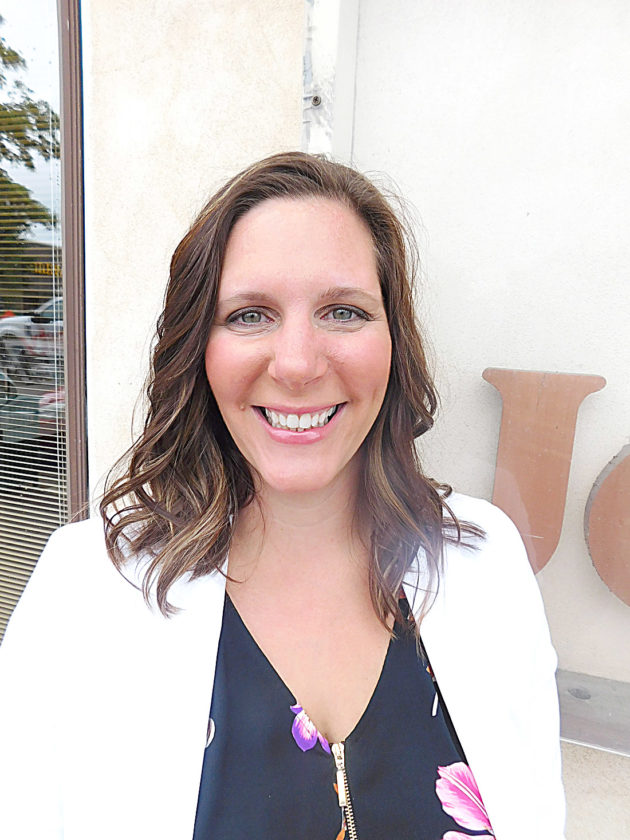 After serving as vice-chair of the Willkommen Committee and Chair of the Board for the Grand Center of Arts, she worked at Turner Hall as Assistant General Manager and is now Executive Director. Boettger wants to take the next step into helping the community.

Boettger said one of the things that made her want to run was contacting the city about an area in which she wished to help but never receiving a response.

“That was another small piece of what compelled me to run,” she said. “I think it is really important to listen and respond to citizens.” As a councilor, she promises to listen to concerns and respond to them.

“I might not give you the answers you want, but I will find an answer and let them know.”

Asked what her goals were if elected, Boettger said in the short term she would focus on RENU. RENU stands for Reinvest in New Ulm, an effort to fund local projects with a local sales tax. Specifically, she wanted to make sure the projects were started on time, done economically and responsibly planned for the future.

Getting RENU off the ground was a top concern for Boettger, but Highway 14 expansion was another key issue. She said it was a safety and an economic issue and the completion of Highway 14 benefits tourism and commerce in New Ulm.

Another economic concern is filling in the lost downtown businesses. Boettger said this is a priority. Boettger wanted funds available for economic research to determine what the town needs, which could include more creative types of companies.

Boettger has spoken with families who have moved to New Ulm for work, but their spouse cannot find a job in their field in New Ulm, forcing them to commute to Mankato or further. Boettger wants to see all members of the household working in New Ulm.

She also supported the idea of creating pop-up shops to fill the empty building spaces. This will require working with the building owners and incentives to allow temporary rentals.

Daycare is often linked to economic concerns. Boettger did not have a quick answer to solving the daycare shortage. She said the growing lists of regulations can be discouraging for new daycare providers. She suggested working on the state level to get restrictions eased to encourage new daycares.

“The demand we have cannot keep up,” she said. “I am sure that there are folks leaving their jobs to take care of their kids. Some families are holding off expanding because of daycare limitations.”

Boettger wants to look into what other communities are doing to solve the daycare crisis.

Housing continues to be a struggle in New Ulm. The State Street Apartments parking regulation proved to be a controversial issue. The city council passed a variance changing the land density requirement for the apartments and reduced the parking requirement for the project. Boettger was asked how she saw the city’s role in providing housing and if the State Street Apartments approach was for the best.

“That was a building that wasn’t really being used. If we can use it to meet a need without building up the land, I am for doing that,” Boettger said. “It may not be the perfect answer, but it is sensible and it is what our community needs right now.”

Last year, the future of the downtown holiday decorations came into question after one of the garlands caused a fire at a downtown business. This has led to a discussion of whether the holiday display should continue and whether the city or businesses should take on the costs.

“I am in favor of keeping the traditions, provided downtown business are on board,” Boettger said. Before the city installs new anchors for the guy-wires businesses need to support the plan. Boettger was willing to consider the city chip in to cover the costs, but said there needs to be collaboration.

“If it’s going to cost $20,000 to fix everything, we can look at ways to make it happen, but you’re not just working with the businesses, you’re working with the landlords of those buildings too,” she said. “It’s a matter of getting everyone on board.”

Boettger wants to make the tradition work and believes funding resources are available if city, community and businesses supported the plan.

On New Ulm’s park system, Boettger wants to continue the New Ulm founders’ vision of New Ulm which included a commitment to parks.

“I am always for giving kids closer access to places to play,” she said. She supports following the comprehensive plan for establishing new parks.

In the maintenance of parks, Hermann Park has been a source of conflict. The Hermann hill re-landscaping project was presented to the city council four times with no answer and is currently in committee. Boettger said it was great so many citizens offered their input at the last meeting and encouraged that a committee came out of it.

“I am curious to see what they discuss,” she said. It is a location where both structural integrity and historic integrity need to be maintained. Boettger said before she would ever vote on approving a project of this scale, she wants to understand the full scope, such as the cost, irrigation issues and safety concerns of maintenance workers. Boettger was willing to go with a more expensive option for the hill if it made the most sense and had community support or saved the city money down the line. “I am not convinced spending less money for a short-term fix is the best option,” she said.

If elected, she wants to be an advocate for New Ulm, part of which involves informing the community about what is going on in New Ulm in terms of resources to help the city grow.

“I’ve been really invigorated by everything I’ve been seeing downtown,” she said. “I really want to listen to people. The best ideas come from large pools.”

Boettger said she is seeking the Fourth Ward council seat, but she would do a good job of representing all of New Ulm.

“I feel I could bring a different perspective of a mom with kids in school and someone with a lot of volunteer experience,” she said. “It would be an honor to represent the citizens of New Ulm.”

Boettger is originally from Allentown, Pennsylvania. She moved to New Ulm in 2009 after marrying her husband Jeff. Together they are raising two school-age children, Jordan and Jackson.