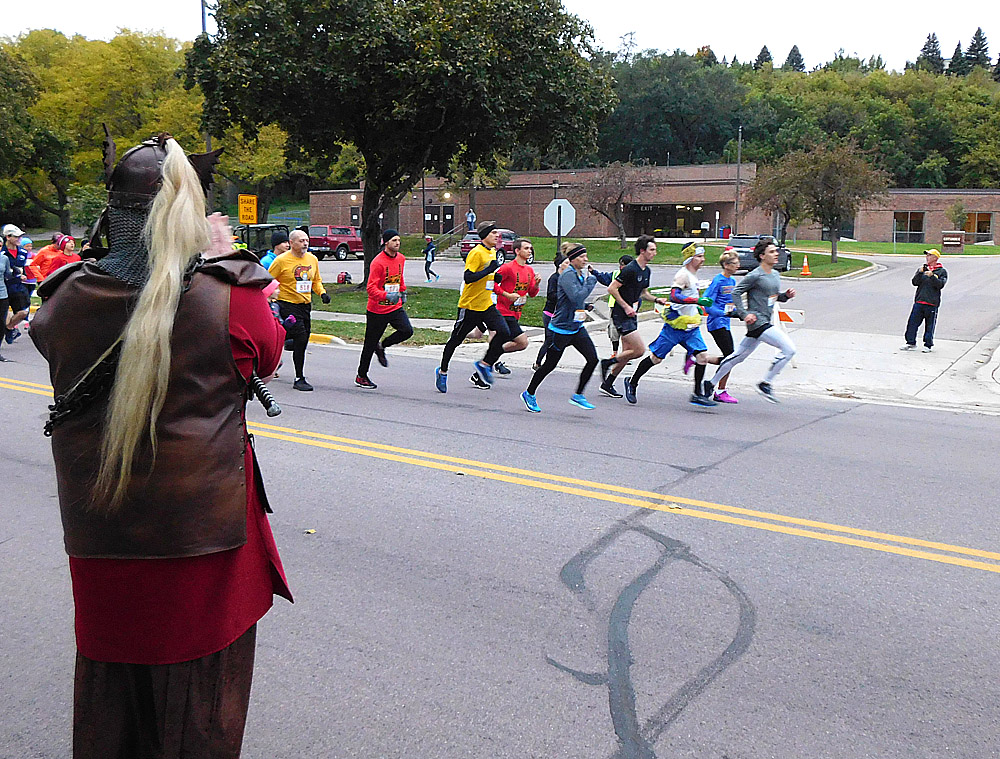 Staff photo by Clay Schuldt Hermann himself oversaw the start of the Hermann 5K. He lowered his sword, signalling the New Ulm Battery to fire their cannon and over 100 runners took off running down Garden Street.

The 5K route began in front of the Recreation Center, traveled up the steep Center Street Hill, then followed Summit Ave. into Flandaru State Park, up the Indian Point Steps, those that avoided falling in the ravine took Highland Avenue back to the finish line at Hermann Heights.

The top three runners agreed that it was good conditions for a 5K. The overcast and lower temperatures made it a comfortable run.

This was Vondeylen’s first time running the Hermann 5K. He was a cross country runner in High School. Vondelyen was impressed with how well the route was marked despite many twists and turns. 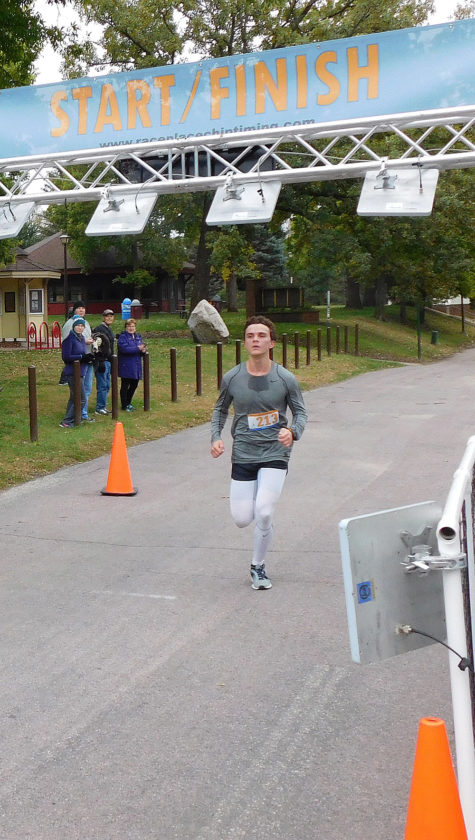 Staff photo by Clay Schuldt Caleb Vondeylen took first place in the Hermann 5K with a time of 20 minutes 17 seconds. Vondeylen is an MLC student. This was his first time running the Hermann 5K.

Park and Recreation Director Tom Schmitz helped direct traffic runners along the route. He wished to thank the staff at Flandaru for preparing the Indian Point steps ahead of the 5K. None of the runners had any issues navigating the tight space.

All the runner competing in the race were allowed free access to the Hermann Monument for the remainder of the day.