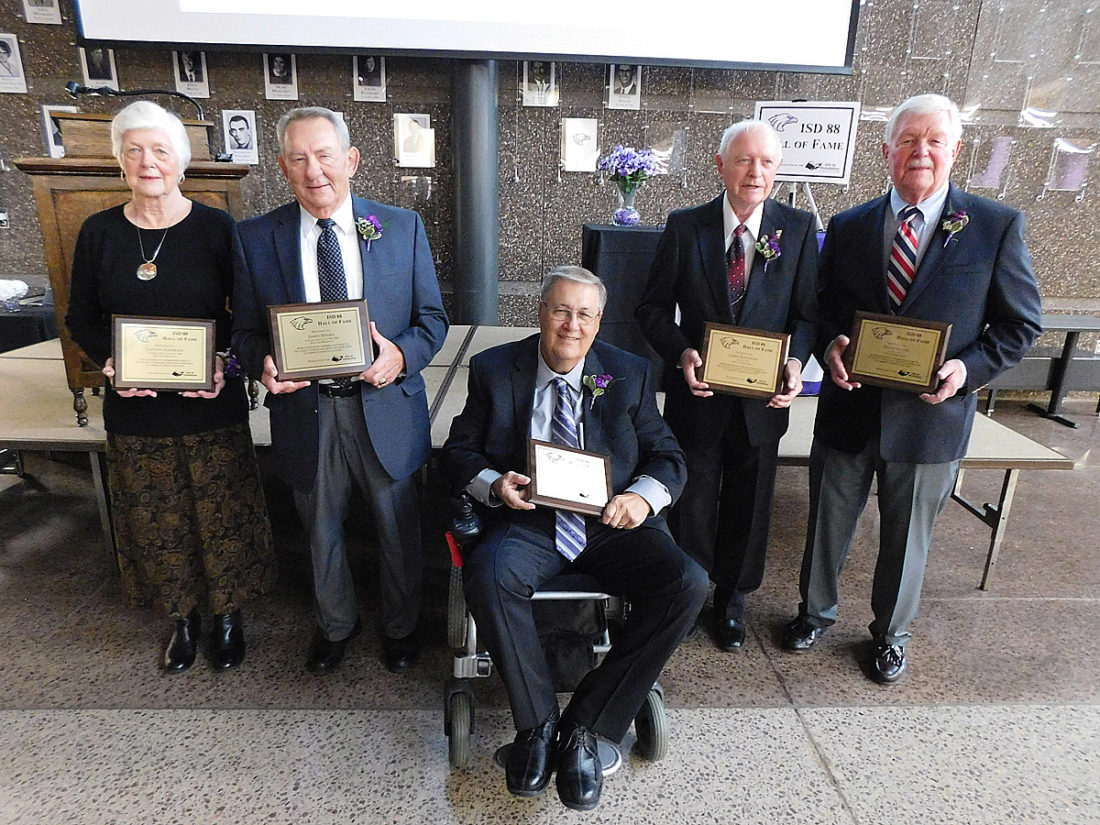 The Hall of Fame wall in the High School commons will now include the late Clifton Anderson, James Hoffmann, Dan Loose, James Senske, and David Silcox.

Anderson’s Jean Anderson accepted the honor on his behalf. Anderson was a teacher, coach, athletic director and director of community education in New Ulm from 1959 to 1999.

James Hoffmann graduated in 1951. After school he served in the United States Army in Germany. He founded his own insurance agency in 1959 and still operates it today. He has been involved in the Knights of Columbus, New Ulm Amateur Baseball Hall of Fame and Community Seniors Together. He received the 2017 Outstanding Senior Citizen of Brown County award.

Dan Loose graduated in 1964, and was named all-conference in football, basketball and baseball. He played football for North Dakota State University and was part of the national championship team. After graduating from college he served in the army. After being discharged from the army he began a career with Kraft Foods.

James Senske was a teacher and coach at New Ulm from 1964 to 2003. As a baseball coach he led the Eagles to over 700 wins, including a state championship. He also coached basketball and holds the title for most victories in that sport at New Ulm High School.

David Silcox is a 1959 graduate of New Ulm High School. He attended St. Olaf college and earned a degree in chemistry from Purdue and a PhD in leadership administration at Arizona State. Silcox was inducted for his long, illustrious career in education.