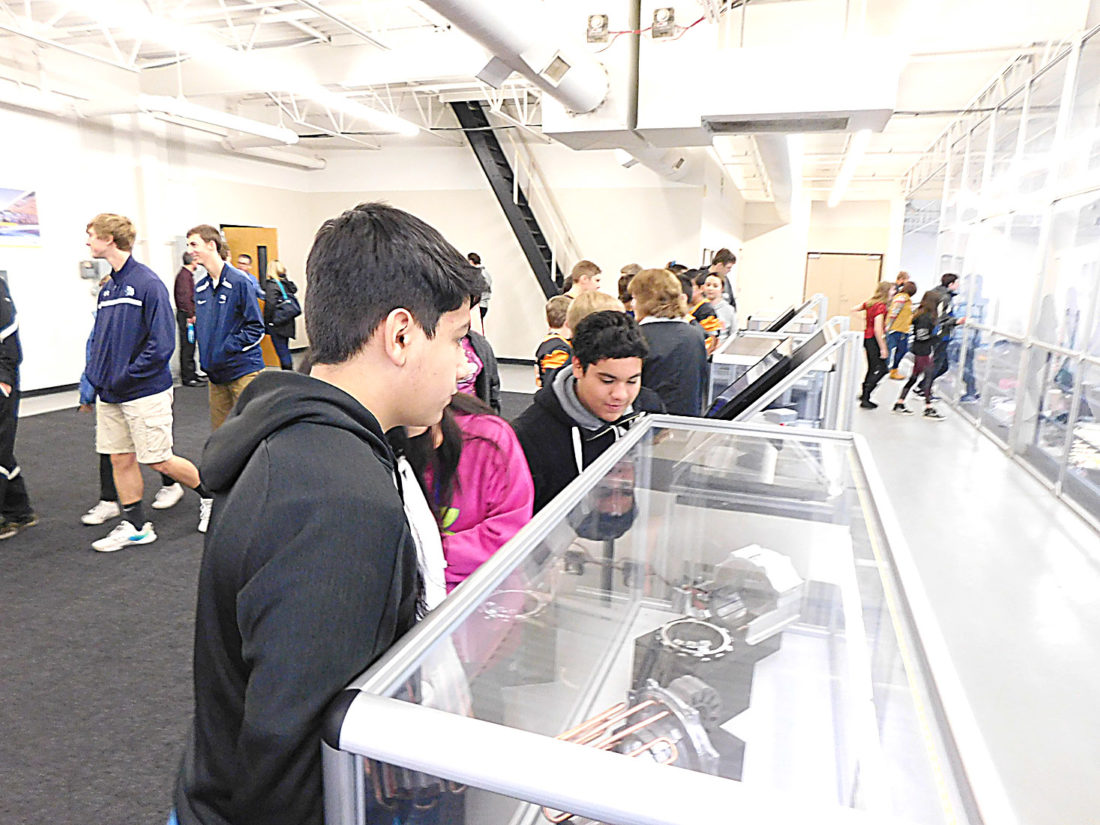 Staff photo by Clay Schuldt Eighth-graders from Sleepy Eye Public School attended the Tour of Manufacturing in New Ulm. The students were able explore the advance technology manufactured at Parker Hannifin. The students were joined by seniors from Minnesota Valley Lutheran and even a few city employees.

NEW ULM — The public had a chance to tour local manufacturing businesses, Thursday.

Throughout the day hundreds of individuals toured these New Ulm facilities. Many of those on the tours were local residents curious about local manufacturing, while others were school-age kids who will enter the workforce in a few years.

American Artstone is a manufacturer of cast stone and architectural precast concrete products. The company dates back to 1914. The St. John’s Lutheran Church in Fairfax was one the company’s first projects back in 1915. Examples of Artstone’s work can be seen through New Ulm. Career opportunities include architectural drafters, metal fabrication, carpentry, concrete mixing and concrete finishing. The company is accepting applications.

Booth Welding & Fabricating (BWF) is a family-owned business specializing in product design, fabrication and installation. The company has a full machine shop capable of a variety of custom metal work. The company is able to create complex metal designs using modern computer drafting technology. The red bicycle racks throughout New Ulm were designed and fabricated by BWF. Troy Booth said they have seven employees but are interested in hiring two to three more people.

Parker Hannifin is a manufacturer of motion and control technologies and systems with 300 manufacturing plants worldwide. Their products are used in industrial, mobile and aerospace markets. In New Ulm, the company manufactures high quality servo motors, gear heads and gearmotors. On the tour, Eric Henderickson showed a video demonstrating technology manufactured at Parker Hannifin that was used to move high speed cameras. This tech was used to film NASCAR races. Parker Hannifin is also looking to fill positions in assembly, engineering design and production.

Part of the inspiration for Manufacturing Week is to help fill positions. Manufacturing programs in Minnesota colleges have nearly 100 percent job placement. All three businesses on the tour are hiring or accepting applications.