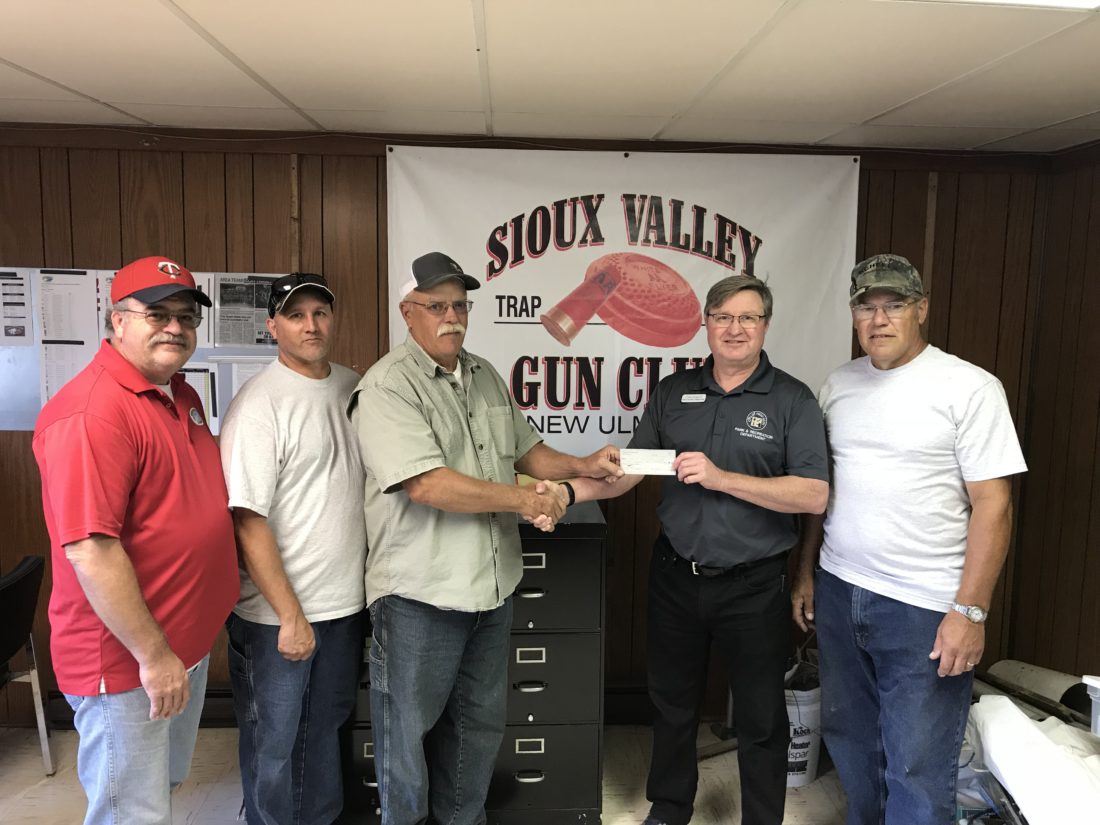 NEW ULM — The Sioux Valley Gun Club (SVGC), which operates out of the City of New Ulm Trap and Skeet Range at 214 – 21st North Street, is assisting with improvements at the facility. A recent grant awarded to the city from the Minnesota Department of Natural Resources (MNDNR) of $22,362 will be matched locally, with the first gift of $15,000 coming from the SVGC. Planned improvements include the addition of an ADA compliant combination trap and skeet range with LED lighting. Presently, the facility has two trap ranges and one skeet range. Clay target shooting has become more popular, especially with addition of each of the three local high schools creating youth student teams. The city thanks present and past board members of the SVGC.