Drew’s Crew turns out to celebrate with Aufderheide 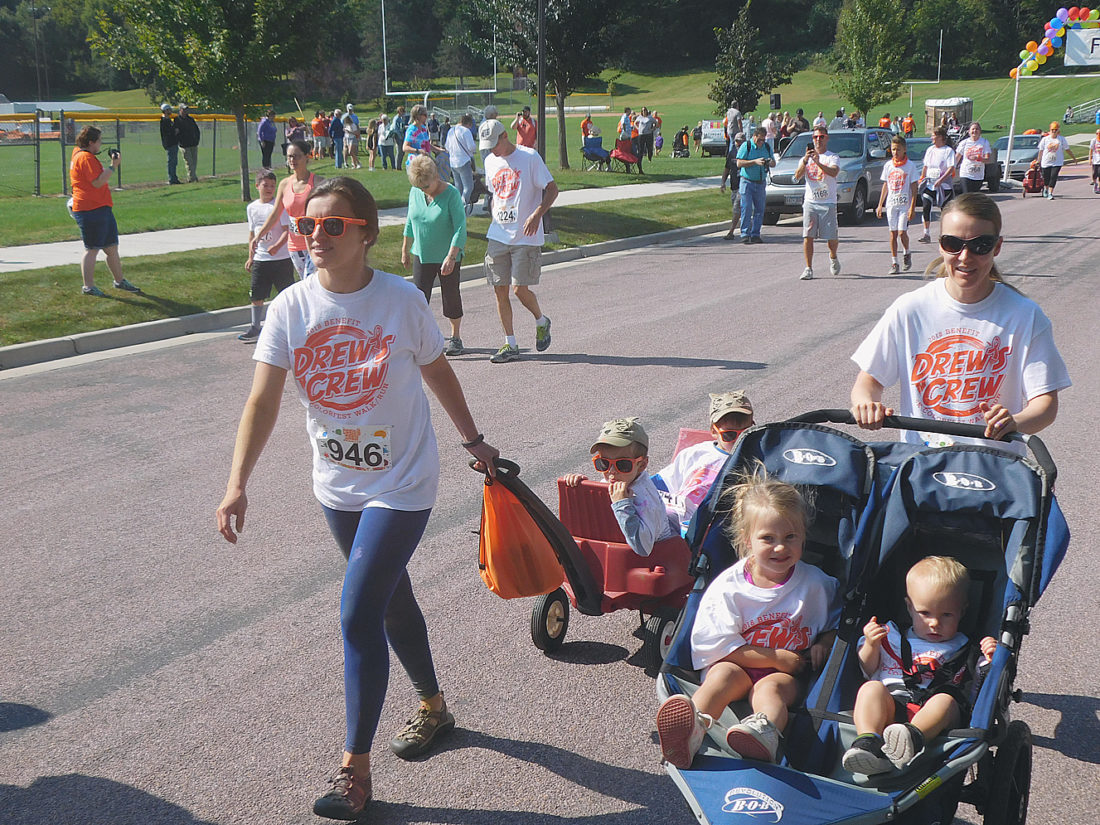 Staff photo by Clay Schuldt Some ran, some walked and some rode in the Drew’s Crew 5K Colorfest run Saturday.

This is the fourth annual Drew’s Crew 5K. The benefit 5K helps raise funds for Drew Aufderheide. In 2015, Aufderheide was diagnosed with a rare and incurable form of Chronic Myeloid Leukemia.

Over 200 runner participated in the Color 5K. The route began in Harman Park and followed Franklin Street to 16th North then returned back along State Street to 2nd North. Along the route participants were doused in a variety of colored powders at different station, though orange was the primary color.

No official time was kept for the run, but David Sowers and Chris Kimsey were the first finish this years run with a time around 22 minutes.

Sowers and Kimsey both said the weather was good for running. The colored powder did not slow them down too much.

It was noted by several runners that each of the four years this color run has been held, the weather has been perfect. The sun was out, but the temperature was never too warm and there was little wind. Aufderheide said it was sign from God.

Prior to the run Aufderheide gave a short speech to update everyone on his condition. He said this year his chemo medication was increased. The result was a decrease in cancer cells. However, with an increase in medication means an increase in side effects and cost of treatment.

Aufderheide said tries not to complain about his condition, but said there is joint pain and bone pain which can be debilitating.

“I thank God for the good days and on the bad days I pray harder,” he said.

Aufderheide thanked everyone for their support because without the fundraiser his family would do. He said all his friends, family and the community coming together to support him was overwhelming. In talking to the crowd he became chocked up with emotions several times.