Merchants get a little loony during Crazy Days 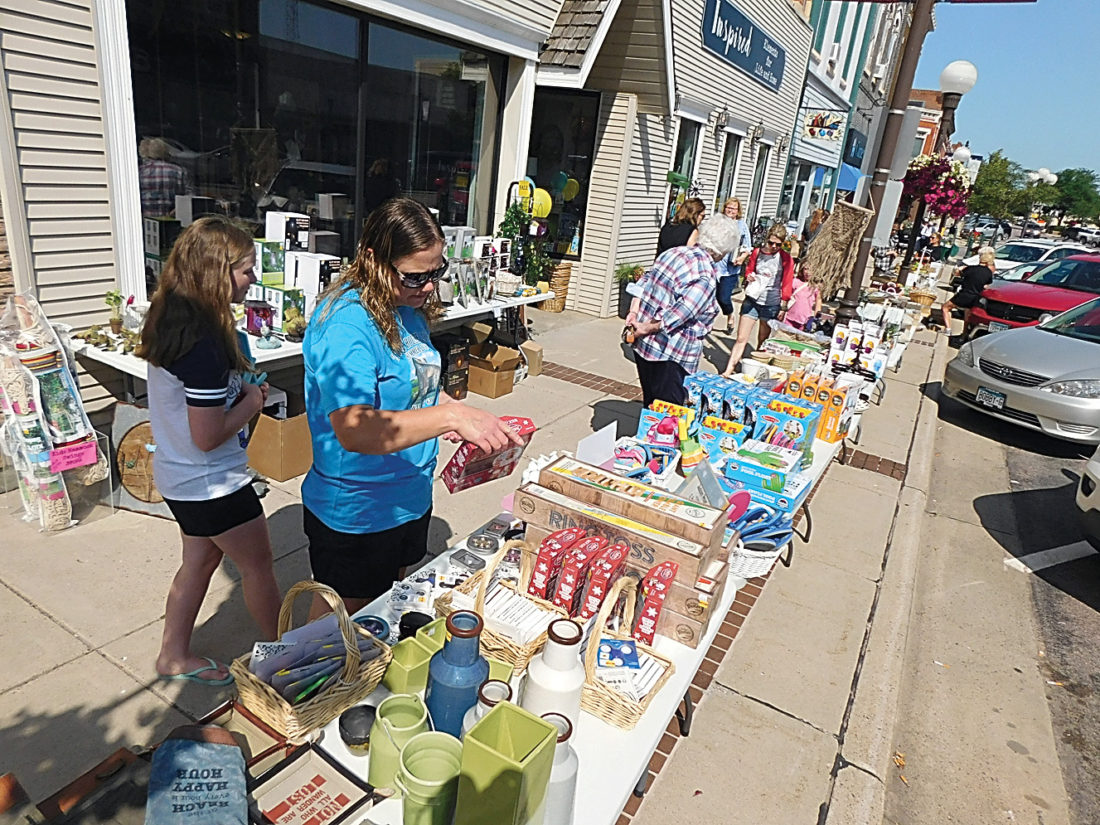 Staff photo by Clay Schuldt Inspired was one of several businesses to hold a sidewalk sales in front of its store Friday. Inspired owner, Christina Schwab said shoppers were popping into the sidewalk sales before they even finished setting up in the morning.

Staff photo by Clay Schuldt Inspired was one of several businesses to hold a sidewalk sales in front of its store Friday. Inspired owner, Christina Schwab said shoppers were popping into the sidewalk sales before they even finished setting up in the morning.

NEW ULM — As the world prepared for the longest lunar eclipse of the century, New Ulm businesses got a bit loony with Crazy Days specials.

Friday morning, downtown Minnesota Street was packed with special sales in the shops, many of which spilled over onto the sidewalk. The craziness was not limited to downtown. Nearly 30 businesses throughout the city took part in the special in-store promotions.

Crazy Days is a long tradition in New Ulm. However, in recent years the craziness has been rather tame, with only a few sidewalk sales and few shops participating. In 2017, Crazy Days had a construction theme due to Broadway undergoing construction, but many shoppers said it was not the same as the Crazy Days of old.

In response, several of the local shops and the New Ulm Chamber organized to do more this year. The results have shown a stark improvement.

Gallery 512 co-owner Danielle Fischer Marti said the store was busy all day. The theme this year is “Gnome Around” a play on “roam around.” Fischer-Marti said that is exactly what people are doing. There is no one discount item shoppers are focusing on, their just toured shops and found great deals. 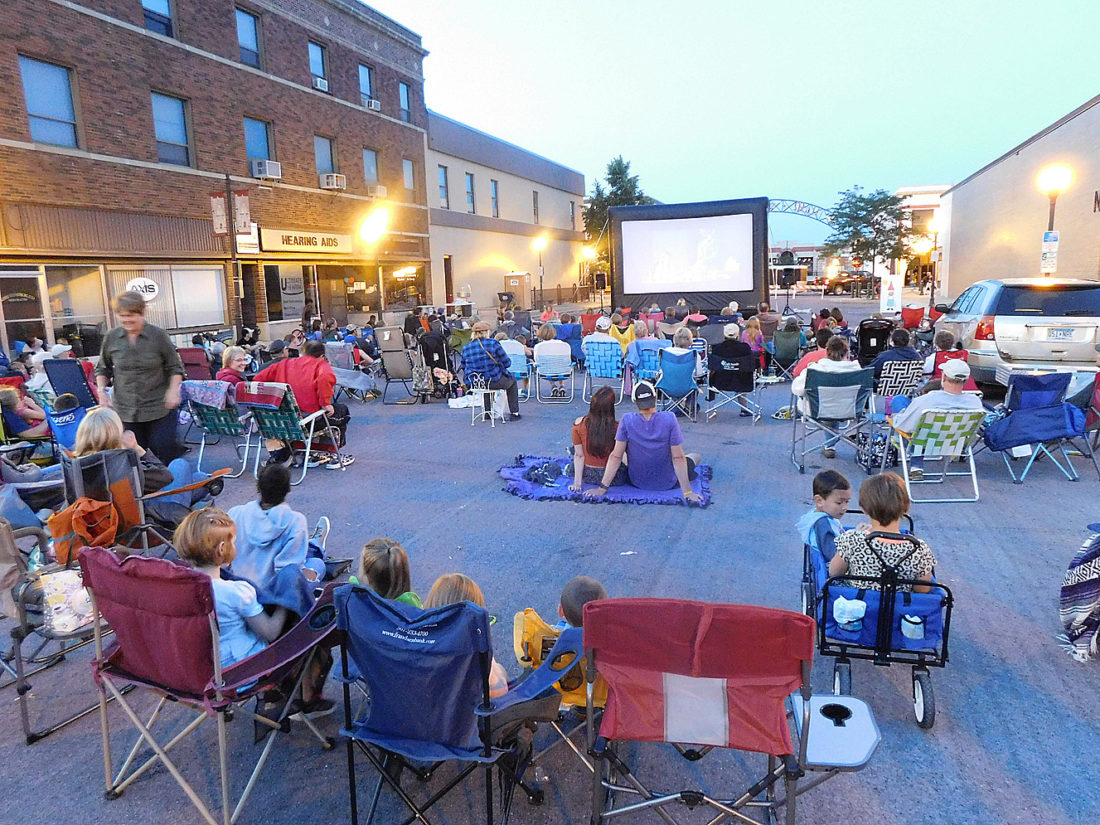 Staff photo by Clay Schuldt Dozens gathered on First N. Street for a free screening of “The Greatest Showman” Friday night. The screen was provided by WHY NOT! Events and was part of the Crazy Days celebration.

Melissa Lawson from Penazz agreed. “There are people on the street everywhere. My shop is full and so is A to Zinnia,” she said.

“People are saying it’s like the Crazy Days of old,” Marti said.

Gallery 512 was among the businesses that helped organize Crazy Days this year. Marti said these types of promotion can be stressful to plan, but this was really fun.

The Crazy Days fun will continue tomorrow morning at 8 a.m. with a Ping Pong ball drop. Another throw back to Crazy Days of the past. Each ball has a discount amount written on it for a particular store.

Lawson said the balls will drop from atop her store, since it was part of the tradition.

“That’s where they use to drop them before,” she said.

Inspired owner Christina Schwab said the customers were coming in to shop before they had finished setting up the sidewalk sale items.

“There is a lot of good feedback,” Schwab said. “People are excited that Crazy Days is an event again.”

The New Ulm Chamber was busy selling lemonade for $1 inside the office. Early on, they had a long line of people waiting to get their hands on a reusable pop-top cup. The lemonade stand will continue Saturday morning