NEW ULM — CASTLE Lifelong Learning has announced the classes being presented in its 2020 Spring Term.

New CASTLE Lifelong Learning Members are welcome any time. Anyone interested in supporting lifelong learning in the New Ulm area, by becoming a member, can phone CASTLE at 507-354-3212, email Director Kathy Austinson at castleLLI@newulmtel.net or connect on the web at http://newulmseniors.org/castle.html.

CASTLE Lifelong Learning is a program of Community And Seniors Together, a non-profit supported by the United Way of Brown County. CASTLE is in its eighth year as a membership program that offers the opportunity for an adult to join a community of people who learn for the joy of learning without grades, tests, papers, or long-term classes. There are courses during fall, winter, and spring terms with special events that focus on fun, friendship, and learning.

Stars of the Silver Screen: Walter Matthau. March 24, 31 and April 7, 1:30 to 4 p.m. at the Community Center, 600 N German Street, New Ulm. Explore the career and view three films of legendary comedian and movie star, Walter Matthau (1920-2000). Led by film and theatre aficionado Paul Warshauer. The three classes include brief remarks before and after the film screenings.

Coffee with an Artist – Dee Thomas, April 3, 1:30 p.m., at the Classical Glass Studio in Henderson, Dee Thomas’ workshop where she designs and assembles custom-made pieces. She works in stained glass and colored glasswork. Stained glass is clear glass painted with colored glazes and fired; while colored glass is colored throughout. Thomas became acquainted with Mike Mason who owns Sleepy Eye Stained Glass in Sleepy Eye. “Mike let me paint a ton of stuff for him and really taught me the finer points of glass work.” We will see if Mike can stop in, too. Carpool from the Community Center at 12:30 p.m..

Madams, Matrons and Madwomen Concert, April 23 at 1:30 p.m., at the New Ulm Public Library and partnering with the Library, come to an afternoon performance and an evening workshop with musician Elisa Korenne. Korenne writes intimately introspective songs and prose about the pathways of fringe figures in history. What binds these disparate life journeys is a profound and poetic sensitivity for the human condition. The concert features extraordinary women including Victoria Woodhull, the 19th century proponent of free love and the first woman to run for president; the Hormel Girls musical group; and many others. The performance highlights Minnesotans Maria Blaisdell (the infamous Minnesota Blizzard); Sister Lumberjack (nun, character, and one of the first people to sell health insurance); and Rachel Caloff (mail order bride who settled in Minnesota). At 6:30 p.m., Korenne’s workshop, titled “Making Local History Come Alive through Character Writing.” will teach attendees how to create engaging and lifelike characters in their family or local history writing.

Conversations on Autism – a developmental disorder that is prevalent world-wide. On April 27 at 1:30 p.m., join Vicki Pieser – parent, Yvonne Weber – retired teacher and Sue Kimmel – retired teacher in a conversation about autism. Our presenters will provide an overview of Autism Spectrum Disorder, including definition, prevalence, interventions, and tips. Autism Spectrum Disorder is a lifelong disability that requires a lifetime plan. Then on May 4, Melissa Hudson from MRCI will give us fascinating information about the work that MRCI does with and for adults with disabilities in our area. Both sessions will be at Washington Learning Center, 910 14th Street North, lower level room 104. You will want to ‘check in’ at the parking lot entrance office before heading downstairs to room 104. Both sessions will begin at 1:30 p.m.

Art History with Richard Meyer, Round Two at the Community Center Room 112 on April 24, May 1 & 8 at 1:30 p.m. Session 1) Norman Rockwell’s America: A survey of the popular American illustrator and painter, including criticism of his work and his place in the art world. Session 2) Calamities on Canvas: Famous historical paintings. A survey of several famous paintings that depict historical events and disasters, focusing on how artists have interpreted and reacted to major catastrophes such as shipwrecks and war. Session 3) Poetry for all Seasons: A presentation of selected poems from Richard’s book ‘Orbital Paths’, including some poems not in the book or poems written since its publication. The poems will focus on nature themes, including seasons of the year and seasons of life.

Gustavus Mayday! Conference April 29 at 10 a.m. at Gustavus Adolphus Christ Chapel, exploring the topic of student activism. 2020 marks the 50th anniversary of the May 4 shooting at Kent State. It was an era of a cultural divide and protest movements. One of the consequences of May 4 (and the Jackson State University shooting 11 days later) was lowering the voting age to 18 – first in an amendment to the Voting Rights Act, and soon thereafter enshrined in the 26th Amendment to the Constitution. Whether it is in response to gun violence, climate change, or immigration, students are increasingly rising up, organizing and mobilizing, going on school strikes to make their voices heard. The morning keynote address will be by Jaclyn Corin titled ‘Engage in the Change: Mobilizing a Generation to Protest’. After a lunch break, anyone interested can attend a panel and audience discussion about how people working for social change can sustain the work. Carpool from the New Ulm Community Center at 8:30 a.m. No ticket needed and no charge to attend.

Runestone! A Rock Musical on May 14 at 1 p.m. at the St. Paul History Theater. RSVP necessary by May 10, limited $25 tickets available. When Swedish immigrant Olof Ohman digs up a rock near Kensington, MN on his property in 1898, he finds a story written in carved runes that indicate that the Vikings were the first Europeans to set foot in Minnesota. But controversy erupts that turn Olof’s life upside-down. This is one of Minnesota’s ‘craziest stories’ and now it’s a musical for us to enjoy. Rock on! Carpool from the NU Community Center parking lot at 9 am. Your cost will be chipping in for gas expenses and lunch prior to the musical.

Viva Las Vegas with retired educator and choreographer/musician Gary Sassenberg, May 19 at 1:30 p.m. at Sozial Restaurant, 209 N Minnesota Street, New Ulm. Come for great insights into the history, the culture and the tourism of Las Vegas. Having lived there for many years, Gary will give particular focus to the original sights to explore in & close to Vegas when visiting the City of Lights. Come, bring a friend and feel free to order beverages and appetizers off the menu at Sozial.

Wrap-up Party, May 21, at Morgan Creek Vineyards — south east of New Ulm off of Hwy 68 at 3:30 p.m. Let’s celebrate another wonderful year of learning for the joy of learning! Gourmet wood-fired appetizers and wine and other beverages will be available to purchase. Paula and George Marti will be our hosts. 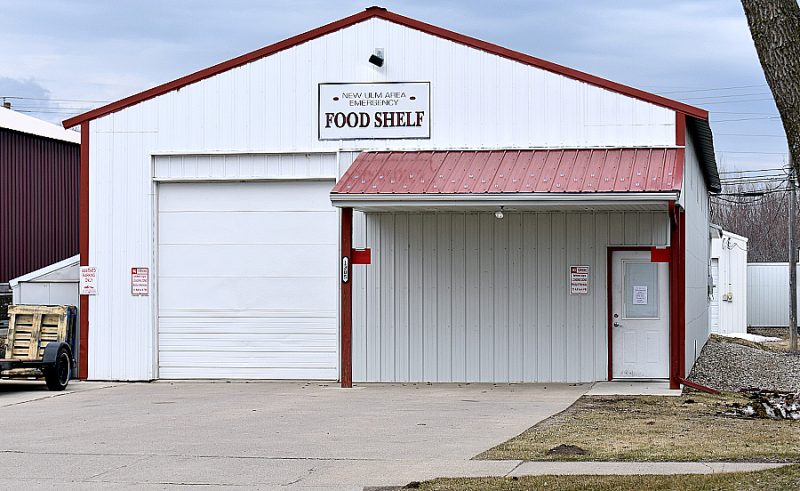 10 things you can do to manage your health at home