(AP) — The biggest worry for farmers used to be the weather. Now it’s the government, specifically the Trump administration and its supporters in Congress.

In June 2018, southern Minnesota soybean prices were $9.40 per bushel before the soybean tariffs were set to be imposed by China. The country was, of course, retaliating for tariffs on Chinese goods imposed by the Trump administration.

Corn is not much better. Prices have fallen 12 percent since President Donald Trump started providing waivers to oil companies to exempt them from blending ethanol. The 31 waivers the administration has approved has translated into 300 million bushels of lost corn demand.

The ethanol waivers that favor the oil industry are a good example of how government kills private entrepreneurial activity. Farmers built the nation’s ethanol industry one co-op and one plant at a time. They deserve better.

And farmers will tell you their expenses have not gone down. Out-of-pocket health insurance costs can be $20,000 to $40,000 per year. The cost of inputs is also rising.

And land prices are declining. About six years ago land sold for $8,000 to $8,400 an acre, according to Terri Jensen, an accredited land consultant with Realtors Land Institute. Recently prices have been in the $7,000 range.

There are inklings of this crashing of the farm economy in the Mankato retail sector as auto sales are soft at about a 1% gain from last year.

While China announced Friday it would temporarily suspend its planned tariff increases on soybeans and some other ag products, the worry about tariffs hurting the farm economy will not go away anytime soon. The Chinese did this in response to Trump agreeing to delay some tariffs earlier.

But a lot of the damage has already been done. Farmers have been hammered for over a year now, having to accept low prices caused by the government. They’re losing their equity and borrowing more against it.

Farming plays a large role in the Mankato regional economy. In the case of some counties, farming drives 10 percent to 20 percent of the economy.

The Trump administration and Rep. Jim Hagedorn need to act now to allow farmers to do business. Hagedorn has barely pushed back on his friend Trump as farmers in his district reel from economic body punch after body punch.

Trump and Hagedorn need to permanently remove tariffs and roll back the ethanol waivers. It’s in their power to do so immediately. 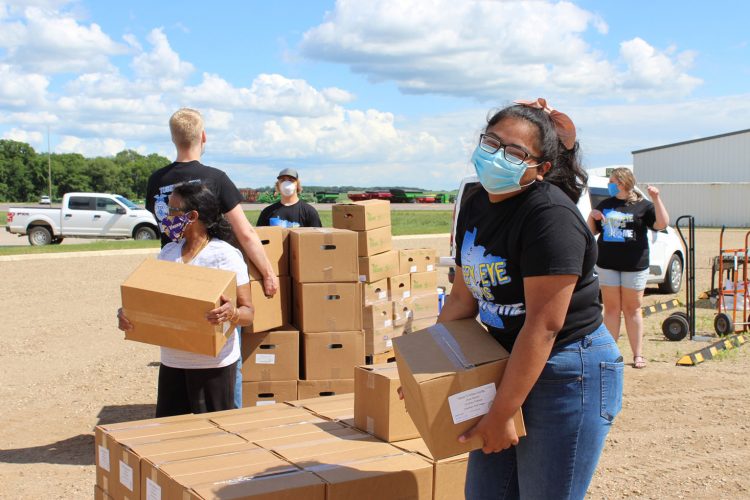 Dozens of county fairs cancel while some plan to run

Hibbing Daily Tribune County fair boards and agricultural groups have been struggling for months with decisions on ...