Haunts, horror films and other wacky events this Halloween 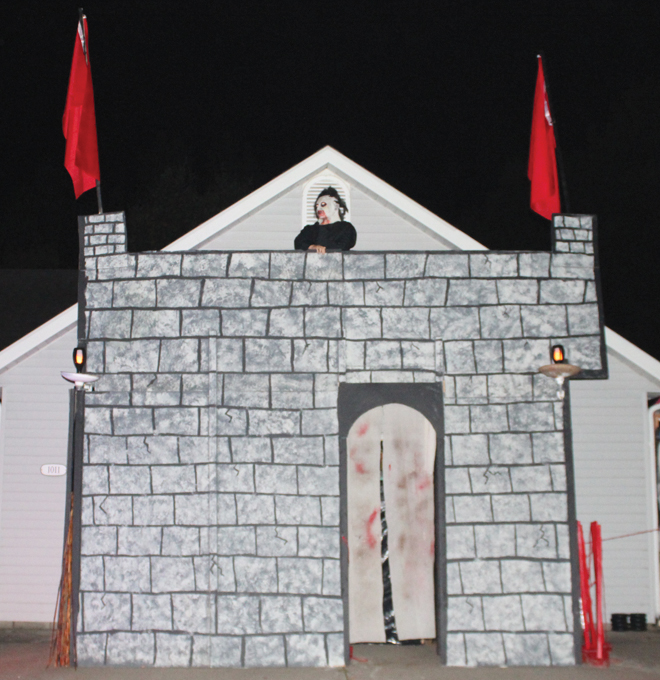 For those looking to get into the Halloween spirit this October, there are several spooky activities and events in Brown County this year.

Whether that means going to a haunted house, checking out a movie or exploring a “Wacky World” of fun and horror, there promises to be plenty to keep Halloween enthusiasts occupied. Here are just a few events going on this Halloween season in the New Ulm area.

New Ulm Nightmares celebrates its fifth annual haunted house this October, with “Full Moon Manor” being the title and theme this year.

Doug Hughes runs New Ulm Nightmares and is looking forward to giving people of New Ulm and its surrounding communities a “real” haunted house experience again without having to travel many miles away. 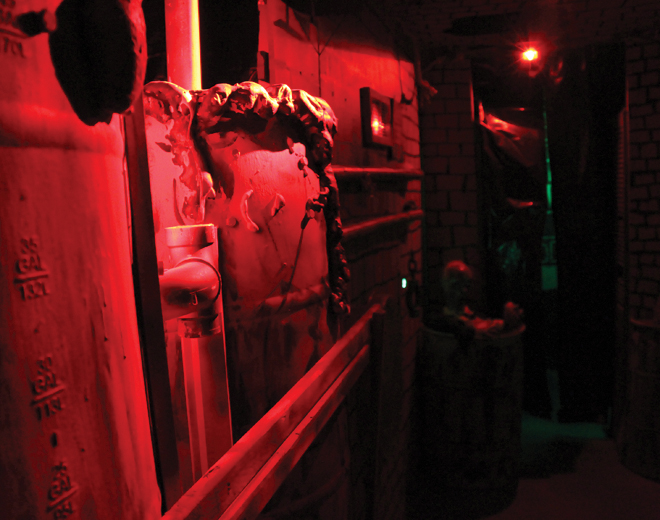 This year, the story “Full Moon Manor” is about an old, beautiful mansion that will be open to the public this October. Neighbors have heard horrible sounds coming from the mansion monthly, but nobody really knows what’s going on inside. Those interested in finding out what lies ahead are welcome to check it out.

“Our legend is, our great grandfather Ruby traveled to the Scotland Moors generations ago, and he had a horrific accident there,” Hughes explains. “He wouldn’t talk about it when he came back, but he had scars on his face and his neck and then he built this beautiful mansion in this town. The family lived in the mansion, they never really left the mansion, and once a month the neighbors could hear horrific sounds coming from inside and nobody knew what was going on. So this Halloween [season] the family’s going to open it up so you can come look at the mansion, just to see it because grandfather is dead now. Just don’t come during a full moon. Hopefully the nights you come won’t be a full moon because things could go horribly wrong.”

Those wanting to check out a preview of what to expect can find the video on YouTube by searching New Ulm Nightmares 2019. 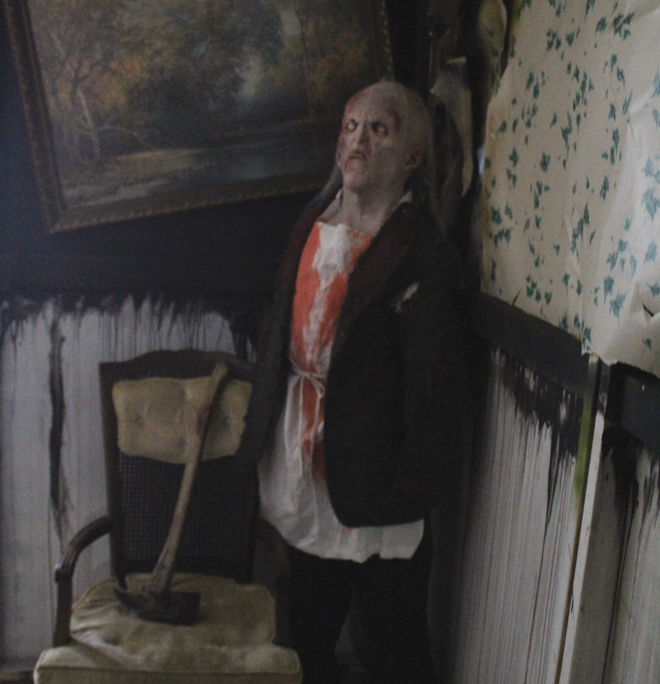 Hughes’ whole family helps with the haunt, which includes acting. Hughes’ mother, his brothers and sisters will also come assist, including one brother from Texas. Hughes also said that he will have a friend from Los Angeles coming.

It is located on 21 South Minnesota Street in New Ulm.

Blackout nights with no lights on and one glow stick provided are also available for those interested from 9:30 p.m.-11 p.m. on Oct. 19 and Oct. 26.

A kid’s tour ticket for $3 is also available from 3:30-5 p.m. on Halloween. The kid’s tour is for younger kids wanting to experience their first haunted house without the scares and with the lights on. 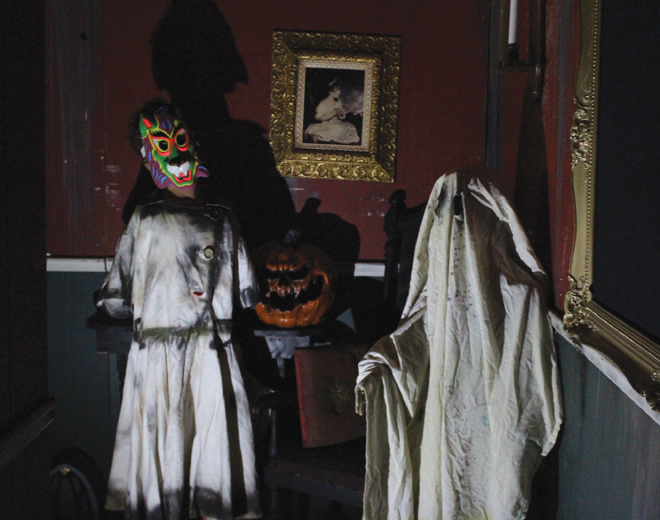 Otherwise, the house is recommended for ages 13 and up and children 10 and under must have an adult with them.

If attending this year, the entrance will be in the back by the alley. Please park on Minnesota Street, as there will be no alley parking available by the haunted house.

“It’s going to be almost twice as long as last year,” Hughes said of his haunted house. “A lot more things happening. All new scares, all new rooms, all new theming. So if you’ve been last year, this is all new.” 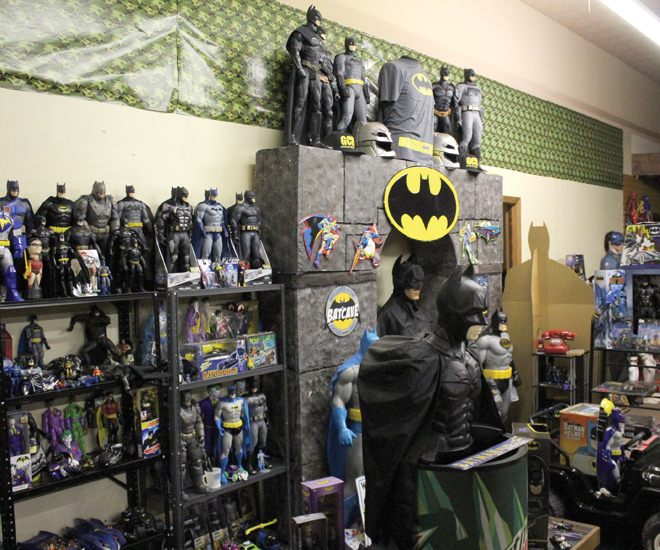 Kyle Goblirsch and Caleb Kirchberg return as constructers and operators of the haunted house this year and have been working on it again since the summer. Last year, the haunted house drew close to 1,000 people, and while Goblirsch is hoping to get 1,400-1,500 in this year, Kirchberg has a bigger number in mind and said that he’s looking to hit 1,700.

Located on 1011 Lower Wallachei Lane, the haunted house will be free for all ages.

This year, HOHHH presents “The Castle of Pure Fear”, which plays on several different phobias. 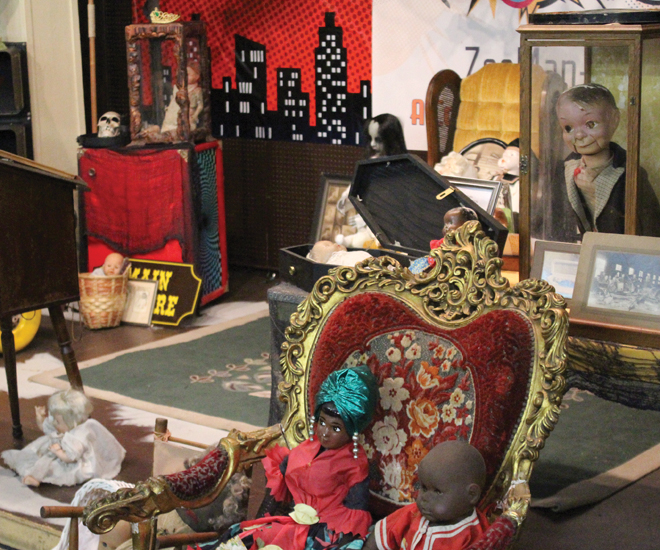 This year, Kirchberg built a large castle prop entrance out of plywood in front of the garage that hosts the spooky events in attempts of making this year bigger and better than last year.

“This is about the first real facade,” Kirchberg said. “It took about a day to paint and a day to build, so, two days.”

The ideas Goblirsch and Kirchberg each had for the hallways of the haunted house this year evolved over the past few months, with the final idea for a phobia-related haunted house being decided about a month ago.

There will be more animatronic scares this year in the haunted house, and while neither Goblirsch or Kirchberg will be grabbing or hitting anyone at any time during the frightening festivities, that doesn’t mean they haven’t taken their lumps over the years while putting on their haunted house.

While that isn’t an invitation to start throwing punches at the duo, those entering the house should be prepared to be startled, spooked and scared.

The team has a YouTube video up online advertising the haunted house this year and it can be found at (address…..com) or by searching Halls of Horror in the YouTube search bar.

After showing “Beetlejuice” on Oct. 5 and “Poltergeist” on Friday, Oct. 18, on a big screen at State Street Theater (SST) in New Ulm, two more movies will be shown at SST this month as a part of its “Haunted Mansions Movie Series”. For $5 on Saturday night at 7 p.m., “The Haunting” will be shown.

“The Haunting” was released in 1963 and is a supernatural psychological horror film adapted by Nelson Gidding from the novel “The Haunting of Hill House”, which came out in 1959 by author Shirley Jackson.

Then on Oct. 25 and Oct. 26, all interested in doing the time warp are welcome to attend the final movie shown at SST in October. The final movie that shall not be named in print media will be shown at 8:30 p.m. on both nights for $10.

This cult classic certainly won’t be a “drag” or disappoint viewers and will also have a shadow cast for both showings. The 1975 musical horror comedy film stars Tim Curry, Barry Bostwick and Susan Sarandon and is rated R. Those under 18 must be accompanied by an adult.

After running haunted houses for many years and doing escape rooms last year in October, State Street Theater Co. (SSTC) went with the decision to join up with the New Ulm Film Society this year for four movie screenings in October.

“Last year we were able to use some rooms with permission, of course, from Emerson Union,” Carolyn Borgen, Administrative Facilitator at SSTC said. “And now that they’re in full swing, we didn’t have the space that would make sense to do an escape room. … The volunteers loved working it, but looking at the time involved to what was coming in, it was a lot of man and woman power to set that up.”

Borgen is hoping that the movie showings are successful and the idea can be run again next year, with some new movies filling the lineup. By showing these films, including the month’s final screenings for the cult classic movie that popularized the time warp dance, Borgen said SSTC hopes to bring in more people from all around of different ages.

The final movie in the lineup will also be full of audience participation.

“The shadow cast will be shadowing the [movie] cast, they will all be dressing up as the characters, they’re going to be doing the time warp, there’s even a tap dance number in this,” Borgen said. “They are taking this super seriously and it’s just going to be phenomenal. We also have pregames that will be happening with trivia and a costume contest, so you come dressed as your favorite character from the movie, and then we also have these go packs. So when you participate in this cult classic, there are things that go along with it. There are those little hand-clappers that you use and newspaper when it’s supposed to be raining, but no water guns are allowed [laughs]. We’ll have a paper plate, a party hat, a balloon, rubber gloves, toast — little mini toast to throw, toilet paper, so it’s all this audience participation. So that’s what makes it this fun thing to go to.”

Join SSTC at the “Slab” for the pre-show starting at 7 p.m. on Oct. 25 and Oct. 26. For those interested in early entry to the movie and several Transylvanian treats, there will be $15 “Slab” pre-show tickets sold online. Please note that these tickets are separate from the movie tickets.

All interested in attending one or both movies are asked to arrive at least a half hour before the showing to ensure seating.

SSTC is also looking for volunteers this fall and winter season. Those interested can sign up at signup.com/client/invitation2/secure/2380279/true#/invitation.

While the first day of the fourth annual “Zooman-ia” was Friday, Oct. 18, there is still one more day to check out what Brent A. Mielke, aka “Zoo Man”, has to offer at his “Zooman-ia” party. The Zoo Man’s Wacky World of Fun (ZMWWOF) is run by Mielke in Sleepy Eye at 145 East Main Street and it features a large variety of comic book memorabilia, collector items, action figures, dolls, masks, costumes, signs and much more.

The convention continues at 8 a.m. Saturday with the third annual IBPA Scary Bench Press Championships before a 10 a.m. meet and greet with Batman outside of ZMWWOF. At 11 a.m., Zoo Man will be on stage with his live animal friends before an 11:30 a.m. Cosplay and Costume Contest kicks off.

At noon, Barefoot Andy and his Trick or Treat Show takes place before The Upper Midwest Oreo Cookie Eating Championships begins at 1 p.m. At 2 p.m., a kid’s ghost tour will begin around Sleepy Eye. There will be several other activities and events going on also, such as plenty of photo ops with a large variety of different displays, “bat bus” rides at closing (2 p.m.), a scavenger hunt and candy and hot dogs.

Ghost tours are also available the following Friday and Saturday night after “Zooman-ia”. For those interested in reserving a time for a tour, please call or text Zoo Man at (507) 766-2523.

ZMWWOF is free to attend after “Zooman-ia”, with donations being accepted at the door. Zoo Man opens his doors around 6:30 p.m. Fridays and Saturdays in October and Saturday afternoons come winter, and there is plenty to check out at this packed wacky museum.

Zoo Man is all about putting on a show for the kids and keeping parents entertained in the process as well. A man of many talents, Mielke’s collection of toys, trinkets and collectables continues to grow throughout the years and he’s put ZMWWOF to good use over the past few years.

Zoo Man, who is also good friends with Batman, assists Batman in buying toys to take to children in hospitals in his “bat bus”. Some proceeds from “Zooman-ia” this year will go in to buying more toys for hospitalized children, while some proceeds from October’s ghost tours will go into awareness and research for Parkinson’s, a condition that Mielke’s father passed away from.

For adults wanting a throwback look at the pop culture from years back or for children looking to have fun exploring a vast array of toys, costumes and other trinkets, people of all ages are invited to the 2019 “Zooman-ia”.

“I just want to have people come in and have fun,” Mielke said. “Live in a fantasy world. We have jobs, most people work two or three jobs … we have no time for fun. So come on and have some fun. That’s what it’s about, come have some fun.” 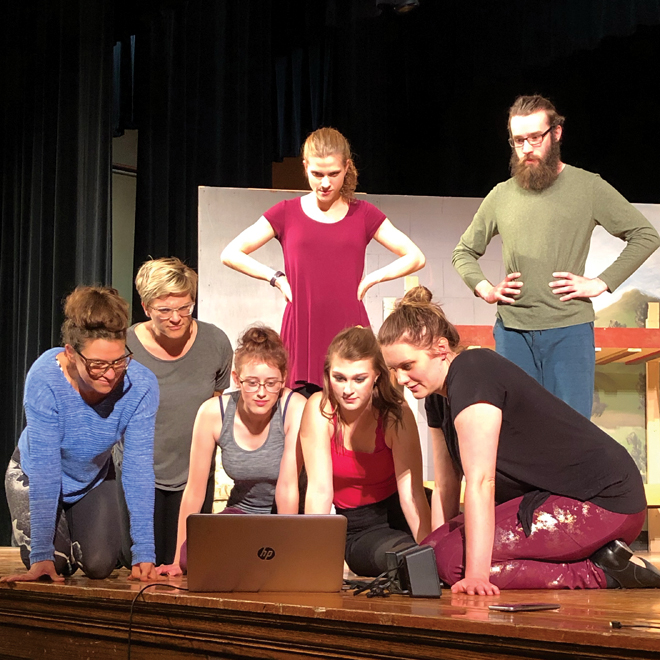