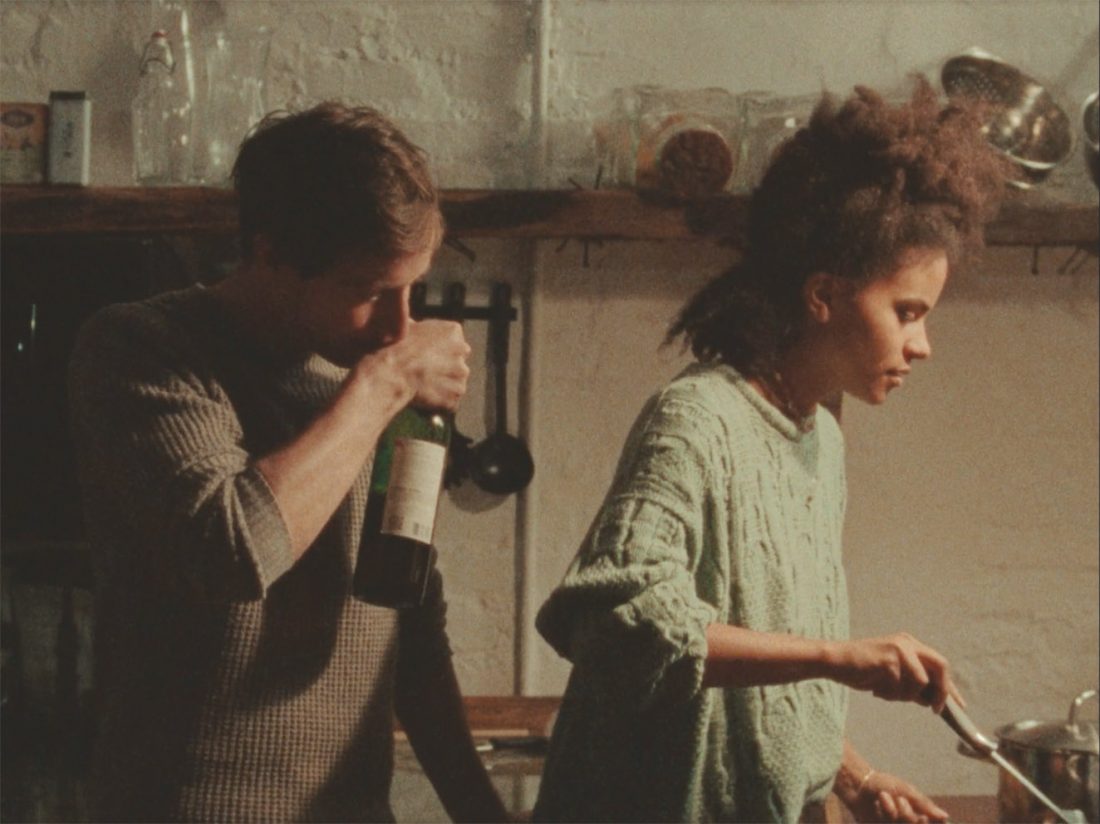 Submitted photo/Photo by Evan Allan A still taken from “Houseplants”, a short film starring David Rysdahl and Zazie Beetz. The film will be shown at the New Ulm Film Festival.

Photo courtesy of Luke Fontana David Rysdahl, pictured above, will be a main staple in the first ever New Ulm Film Festival. Rysdahl will be showing five short films and taking questions after on Friday, Sept. 27 at State Street Theater in New Ulm.

Submitted photo A still taken from “Gnome Away from Home”, a Submitted film directed by Logan Regnier. This short film will be shown after 5 p.m. on Saturday at State Street Theater.

Submitted photo/Photo by Ari Selinger A still taken from “The Ghost of Hank Williams”, a short film starring David Rysdahl. This short film will also be shown at the New Ulm Film Festival. Two-day passes to the festival are $15.

Submitted photo/Photo by Evan Allan A still taken from “Houseplants”, a short film starring David Rysdahl and Zazie Beetz. The film will be shown at the New Ulm Film Festival.

NEW ULM — Grab your popcorn, pull up a chair and strap in for two days of films and fun as the first ever New Ulm Film Festival (NUFF) takes place Friday, Sept. 27, and Saturday, Sept. 28, at The Grand Center for Arts & Culture and State Street Theater.

Concocted by the New Ulm Film Society (NUFS) after several years of monthly film showings at the New Ulm Public Library and screenings with filmmakers at The Grand, the NUFF will show off several films of numerous genres, with special guest filmmaker/actor and New Ulm native David Rysdahl being the headliner on Friday night at State Street Theater.

Two-day passes are available now for $15 in advance online at www.filmfreeway.com/NewUlmFilmFestival/tickets. Passes can also be purchased at the New Ulm Chamber of Commerce or at the doors of The Grand or State Street Theater.

Some films may not be suitable for children. Concessions and a cash bar will also be available. 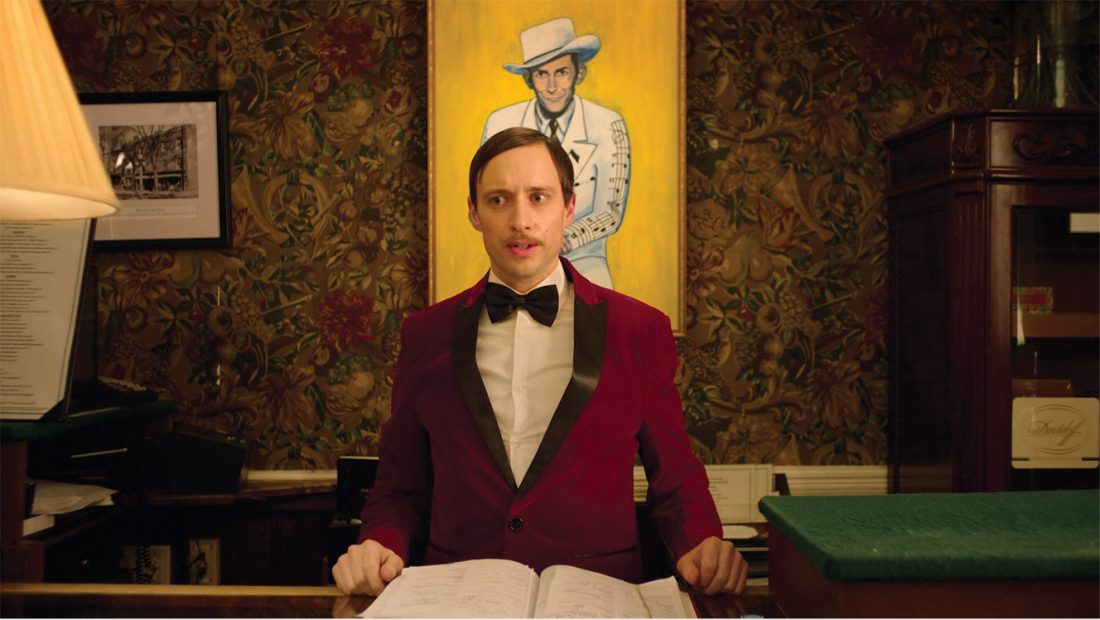 Submitted photo/Photo by Ari Selinger A still taken from “The Ghost of Hank Williams”, a short film starring David Rysdahl. This short film will also be shown at the New Ulm Film Festival. Two-day passes to the festival are $15.

Founded in 2015 by Steven Sherman, Jack Beranek and Clay Schuldt, the NUFS has been searching for more ways to grow interest and celebrate the art of filmmaking in New Ulm and its surrounding communities for years. When the opportunity to expand and bring a film festival to New Ulm presented itself, the NUFS was glad to take the jump.

“We kind of wanted to do a festival from the get-go, but we just thought it would be easier to do smaller things first and kind of gauge the interest of the community and see if people were interested in coming to stuff like this,” Sherman said. “So we started inviting filmmakers out to screen their work, and those were always done at The Grand. So we’ve had really a wide variety of types of screenings, some of them were shorts, some documentaries, some features, and those have all gone really well. So that’s when I was like, ‘If we’re going to keep doing this, maybe we can take the next step and do it as a festival.’ But I still wanted to have a special guest because I think that might be a big part of why people come out to these things — they can talk to the actual filmmaker and learn a little bit about the film itself and the filmmaking and the artform.”

Rysdahl is a filmmaker and an actor from New Ulm that has lived in New York for the past 10 years. After starting out as an actor, he decided to get into filmmaking to help stay creative in between acting gigs.

“As an actor, you spend so much time waiting,” Rysdahl said. “I was kind of interested in writing, too … you want more power to be able to act and not wait around for auditions. So I was kind of doing the same thing, I was writing when I wasn’t acting and I had a day job, I was catering and I worked at a hotel, and at night I would be auditioning and writing.” 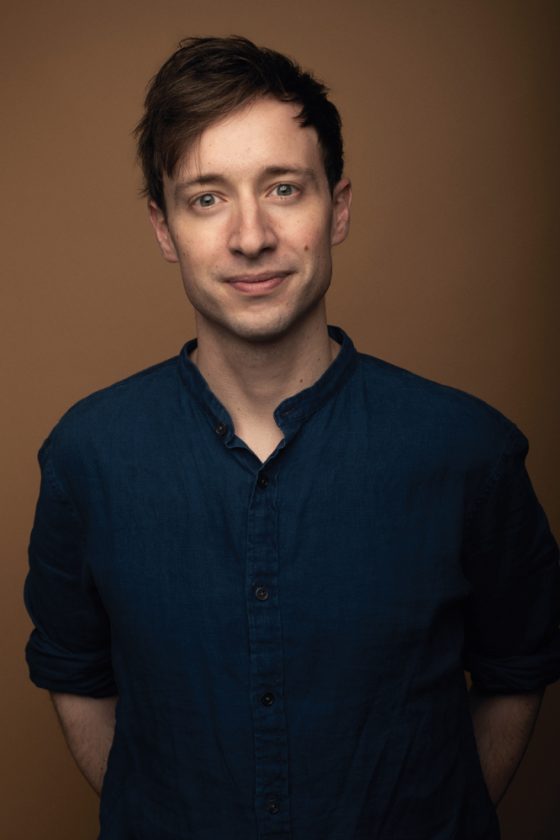 Photo courtesy of Luke Fontana David Rysdahl, pictured above, will be a main staple in the first ever New Ulm Film Festival. Rysdahl will be showing five short films and taking questions after on Friday, Sept. 27 at State Street Theater in New Ulm.

While he was hesitant to spoil too much about the films, Rysdahl said that the films will cover many different genres.

“They’re all very different genre and different directors, they kind of show a different way of approaching them, too,” Rysdahl said. “One of them, my fiancée [Zazie Beetz] and I did together, and she’s also an actor, and they based a lot of it on our relationship. So that’s just a very different way of writing and collaborating than one of the later ones, it’s genre piece about kind of a haunted hotel. That was really written and then we kind of workshopped it, but it’s the director’s vision and I fit into that vision. So there’s a different way of approaching the material based on what it entails.”

One film being shown was written by Rysdahl and is called “Black Swell”, while Rysdahl acted and collaborated with the directors on the other short films. “Black Swell” was directed by Jake Honig and is a drama about a man, Richard Kind, that attempts to commit suicide in a motel room.

The short film that Rysdahl and Beetz star in together is a drama entitled “Houseplants”. In “Houseplants”, as a couple moves in together, full of hope and worry, their day is unexpectedly interrupted by the ghosts of former relationships. It was directed by Prashanth Kamalakanthan. 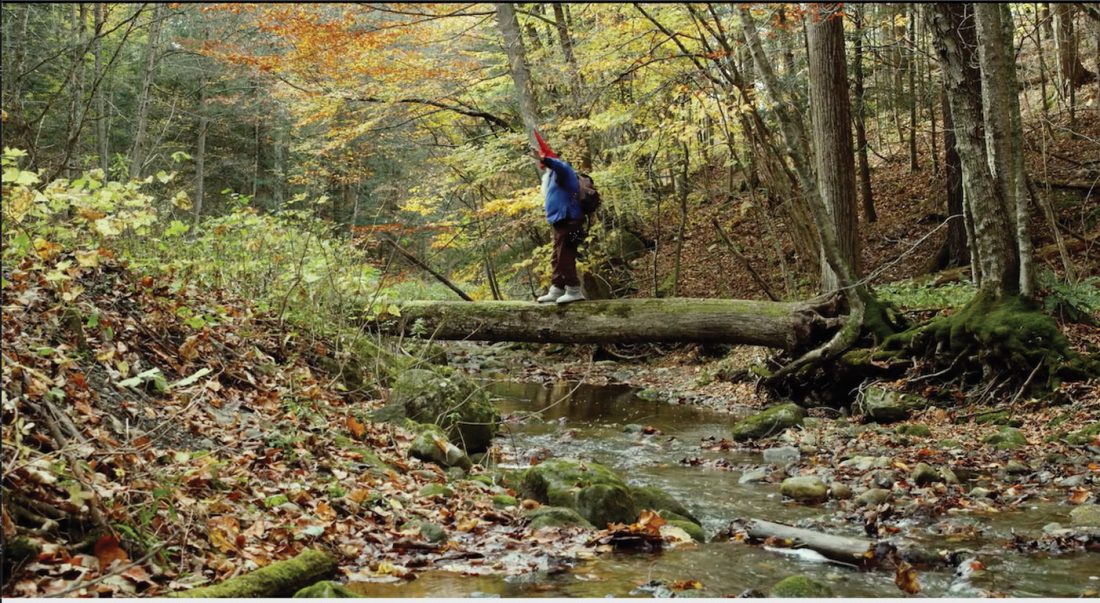 Submitted photo A still taken from "Gnome Away from Home", a Submitted film directed by Logan Regnier. This short film will be shown after 5 p.m. on Saturday at State Street Theater.

The other shorts being shown by Rysdahl are the drama “Stay Awake”, the comedy “Humpty” and the comedy/horror “The Ghost of Hank Williams”.

Rysdahl said that after working in a movie theater growing up, he didn’t realize just how many different types of films that were out there until he moved to New York and began attending indy theaters. He also said that he’s proud to return to his home town for this first-ever film festival and hopes to teach those in attendance more about the art of filmmaking.

“I think it’s such a cool thing that all these young people can learn about film in a way that’s exciting and fresh and new, and there seems to be a lot of interesting art going on in New Ulm now,” Rysdahl said. “There’s the State Street Theater and there are all these restaurants, and I just got really excited. When you grow up in a place, right away you kind of run away from your home town sometimes, and now I’m just so proud to be from New Ulm. Film is a really cool way to see different parts of the world and different people’s experiences in life. A lot of it exists outside of Disney and these big blockbusters. I talked to Steve before, I knew they had shown films before, so I wasn’t surprised [hearing about the film festival], but my initial feeling was pride and excitement.”

Rysdahl recently starred in a series with James Cromwell called “The Family”, which was released on Netflix this past August. He and Beetz also recently did an indie sci-fi drama feature film called “Nine Days” that will come out next year.

Rysdahl will only be in attendance on Friday, so those interested in hearing from and speaking with the filmmaker/actor are especially encouraged to attend Friday night.

For Sherman, he’s hoping that the first ever NUFF has a good turnout and is looking to make this festival an annual event in New Ulm where film fans can have a good time and learn at the same time.

“I just hope people come and enjoy it and kind of learn about film as an artform other than Hollywood film,” Sherman said. “I think people kind of think of it as just what they can see at the movie theater or what they can on Netflix, but film is something anybody can make and is really exciting on an individual smaller basis. So that’s kind of what I’ve been hoping to do over the course of participating in this [NUFS], this club, hosting these events, but just doing it on a bit of a larger scale.”

The Ghost of Hank Williams…14:52/Comedy/Horror

Light Matter…5:00/Experimental (ATTN: This film contains flashing lights which may not be suitable for light-sensitive epilepsy)

The Ghost of Hank Williams…14:52/Comedy/Horror