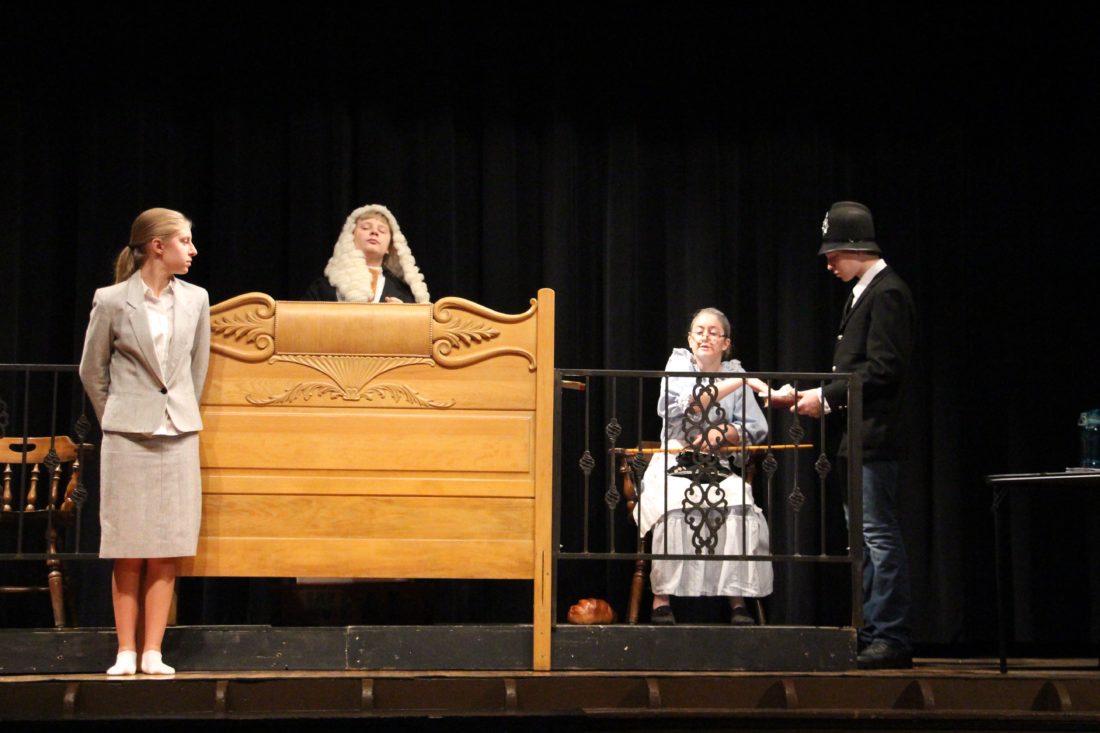 The play is under the direction of Michael and Christina Koester. Michael is from South Bend, Indiana and graduated from MLC. Christina is a New Ulm Cathedral graduate and the two met while Michael was a student at MLC.

The plot centers around two court cases, where two fairy tale characters, the Wicked Witch and the Big Bad Wolf, are put on trial for the crimes that they’ve committed in past fairy tale stories. The audience can expect to be involved in a big way in the direction that the plot goes.

There are 28 students taking part in the production, including actors and actresses, lighting, and stage crew. 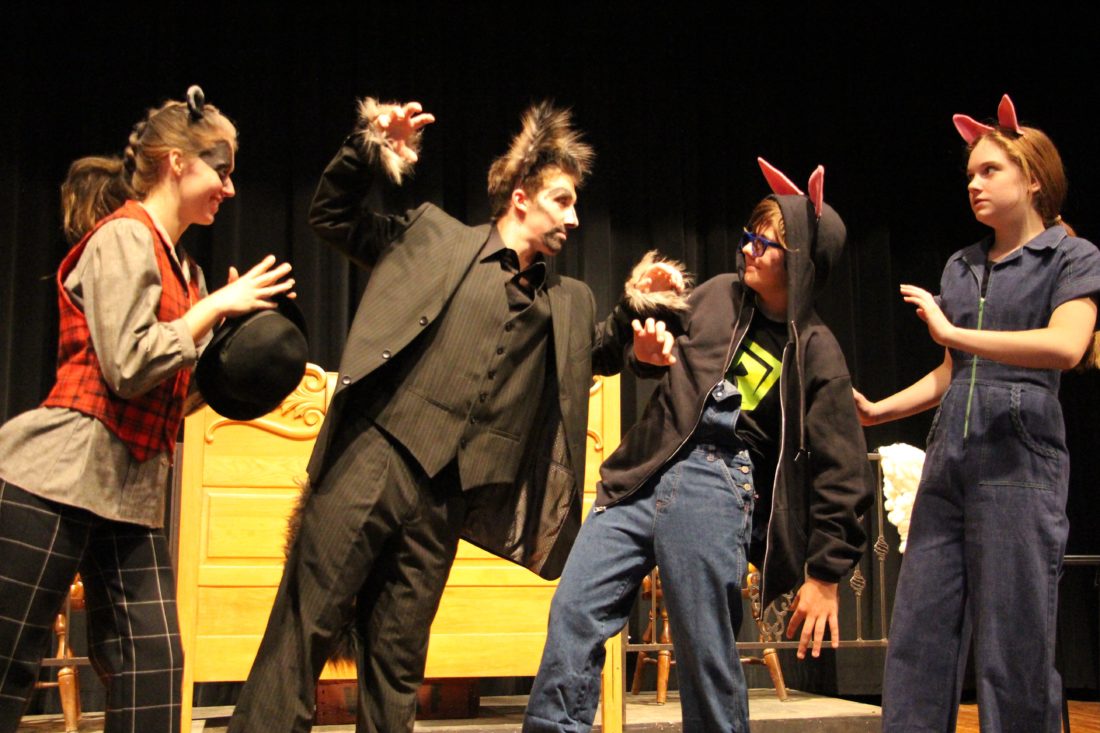 The Koesters wanted to do something that was simple for the students.

“As this was our first time directing a performance at NUACS and our first time getting involved in high school drama since we were both in high school, we wanted to start with something simple,” Christina Koester said. “As it turns out, this play worked well because every character is put on the witness stand so all of the actors on stage have their moment to shine. It has also been fun to see each of the actors involved get to portray a different, well-known fairy tale character and make that character their own.”

There are several key characters for the audience to focus on, which makes it more fun for those in attendance.

“The audience will definitely want to pay attention to the Wicked Witch, alias Evil Queen, and the Big Bad Wolf, as these are the characters that the jury gets to decide are innocent or guilty,” Christina Koester said. “The interactions of the Witch and the Wolf with others characters on stage such as Little Red Riding Hood and Dorothy from The Wizard of Oz will be interesting to note. In each act we also have an attorney defending or prosecuting the Witch and the Wolf, as well as an absent minded judge to add some comic relief.”

While the Koesters have plenty of experience in college and community theater, this one at Cathedral was a first for them. 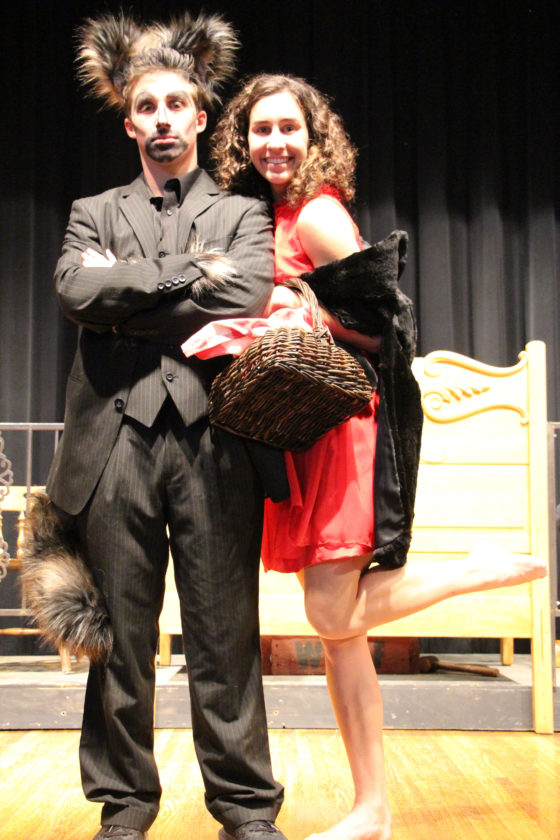 In every production we’ve been a part of, it always seems like a scramble to get everything finished: costumes, set, lines memorized, etc. And then somehow at the end, it always does come together into a fantastic production. As we learn the ins and outs of this stage and the various student activity schedules that we are working around for rehearsals, it has been great to work with the students, staff, parents, and volunteers at NUACS who come together to make it all work. It is a great community to be a part of.” 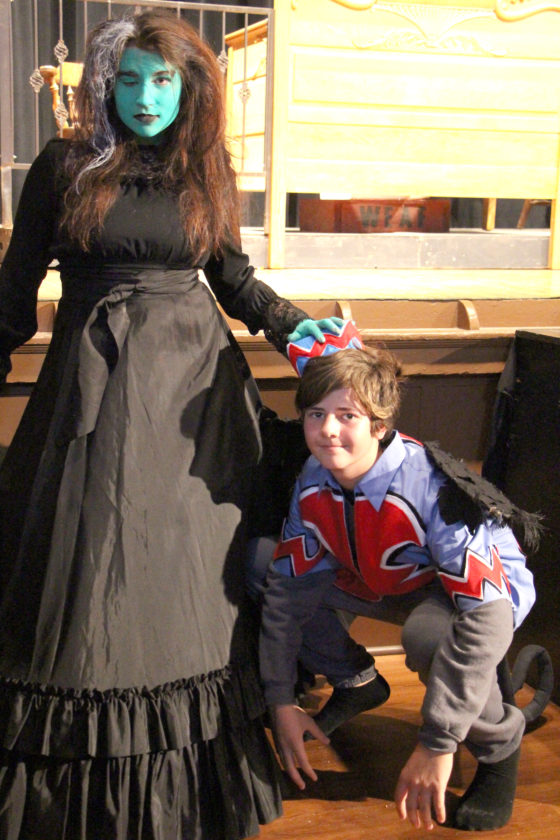