Bee Balm Fields: Where they’ve been and where they’re going 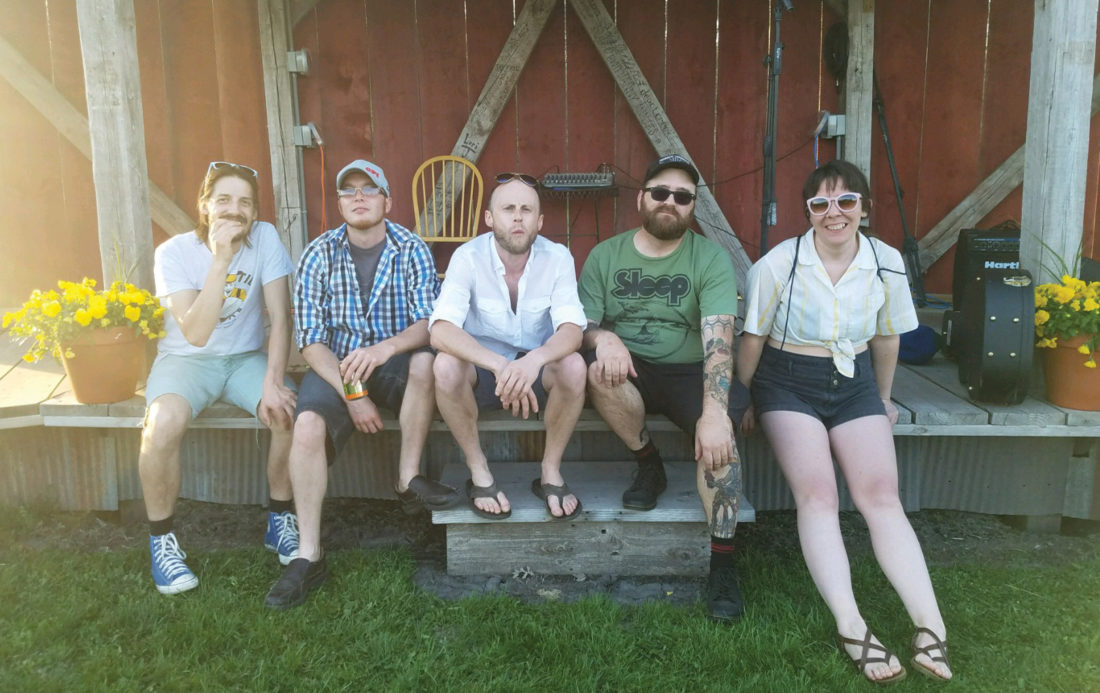 Submitted photo courtesy of Joe Herke Bee Balm Fields, fronted by former New Ulm native Laura Karels, will be performing at The Grand Kabaret in New Ulm from 7:30 p.m. to 10:30 p.m. this Saturday. Admission is free, and the band will be selling new merchandise during the show, with the proceeds going into the creation of the band’s new album.

Submitted photo courtesy of Joe Herke Bee Balm Fields are in the current stages of recording a new album with the hopes of an early 2019 release date.

Submitted photo courtesy of Joe Herke Bee Balm Fields, fronted by former New Ulm native Laura Karels, will be performing at The Grand Kabaret in New Ulm from 7:30 p.m. to 10:30 p.m. this Saturday. Admission is free, and the band will be selling new merchandise during the show, with the proceeds going into the creation of the band’s new album.

MANKATO — Former New Ulm native and 2001 New Ulm High School graduate Laura Karels is having the time of her life doing something that she loves to do: creating and performing with her Mankato-based band, Bee Balm Fields.

Bee Balm Fields was formed in the early, cold winter months of 2015. The current lineup features Karels taking lead vocals and rhythm guitar, New Richland’s Pete Klug on the lead guitar and Ben Scruggs on the bass, Mankato’s Eric Bunde on percussion and Janesville’s Dustin Voges on the trumpet.

Klug and Scruggs were also neighbors and friends growing up together, with their farms adjacent to each other.

Karels, a 2005 Political Science graduate from Southwest Minnesota State University, said that after she graduated, she moved out to North Carolina in 2006, where she honed in on her talents until November of 2007.

“I moved out to North Carolina for a couple of years, and that’s where I really honed in on starting playing my guitar because I lived in the woods, and I didn’t have electricity,” Karels said. “I really honed in on that and it was just kind of a cool community that I lived with — very accepting to playing guitar.” 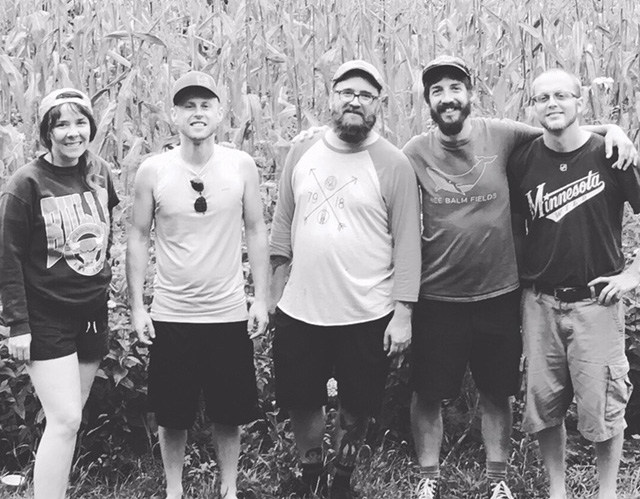 Submitted photo courtesy of Joe Herke Bee Balm Fields are in the current stages of recording a new album with the hopes of an early 2019 release date.

After a brief stay in Iowa, Karels made the trek back to Minnesota in 2009, where she began to play with The Little Prairie Pickers, a bluegrass band, before starting things up with Bee Balm Fields.

“Bee Balm Fields really just started as a side music project while still playing with The Little Prairie Pickers,” Karels said. “I didn’t really have any future in mind for the project but to write music and see where it went from there. Shortly after starting to play my music at local open mics, I started playing some of the new music I was writing with my talented friend Lehi Gertz, who plays violin. Shortly after starting to play with Lehi, I met Pete Klug.

Scruggs came into the picture to play bass after about a month of Gertz, Klug and Karels playing together. Karels, Klug, Gertz and Scruggs recorded the first Bee Balm Fields album, Butternut Valley, in 2015.

After the album was recorded, the lineup at the time met Voges at an open mic at Moonshiner’s Pub in Mankato. In the summer of 2017, Karels met Bunde. After playing together a couple of times, Bunde was asked to join Bee Balm Fields and accepted.

The name of the band was born after a drive Karels took years ago along the Minnesota River valley.

“It was about 3 1/2-4 years ago when I was just cruising and on the Minnesota River valley, I found these purple flowers, and my friend Angie said that they were Bee Balm,” Karels said. “First it was going to be Bee Balm Whiskey, but there’s so many bands with whiskey in it, but Bee Balm Fields was what I ended up choosing.”

Bee Balm Fields draws inspiration from many different styles of music but has been described as an Indie Folk/Americana band. Karels is a big fan of Willie Nelson, Patsy Cline and Roger Miller.

Karels is also the band’s writer, with several original songs going into each live show the band does.

She has written around 30 originals since starting Bee Balm Fields and said that one of her favorite originals to play is called Lonely Wolf, which she wrote last winter.

The band doesn’t go without covers, though, mixing things up with a combination of several old folk songs and some other unique selections.

“We’ll do a lot of old folk songs,” Karels said. “So ones that people have probably heard of is “Sixteen Tons” or “Wayfaring Stranger“, which is like an old Civil War song, maybe some Melanie — “Brand New Key.” I think I want to learn the Ghostbusters theme song, I think that would be kind of a fun one.”

This natural and original band has really buckled down lately and is looking to gain more traction heading into the new year. Karels said that the band never used to rehearse, but it’s something that has been implemented this past year.

“In the last year, we just started rehearsing,” she said. “We’d just go to shows and be improv the whole time, but until you get percussion, it really helps to practice and fine-tune our songs.”

Bee Balm Fields is playing an upcoming show at The Grand Kabaret in New Ulm from 7:30 p.m. to 10:30 p.m. on Saturday, where the public is invited to come check out this innovative and growing band.

Karels is no stranger to playing at The Grand Kabaret and enjoys the atmosphere.

“It’s a cool environment,” she said. “It just feels like you’re not even in downtown New Ulm really, it feels like you’re in a giant city … it’s kind of fun to watch it start from the beginning. I used to live next door when they were just doing all the renovations that go into it.”

Admission is free and open to the public, but Bee Balm Fields will be selling new merchandise, which will see the proceeds from that going into a new Bee Balm Fields album.

Karels hopes to have the album recorded and out by the time the band’s four-year anniversary rolls around in early 2019.

Despite the arduous task of working around the schedules of every-day life, Karels said that what keeps her going and performing with Bee Balm Fields is that she is given the chance to express herself and share the bands’ music.

“It’s just a good outlet for me, it feels good,” she said. “I feel like I’m providing something to somebody else, and that makes me happy. Also when I work on songs with the band, it feels good to share what we’re doing. I love to do it.”

All ages are invited to the Saturday show at The Grand Kabaret and for more information and updates, check out Bee Balm Fields on their Facebook page.