NEW ULM — On Saturday, June 15, Dr. Garik Pedersen, professor at Eastern Michigan University, will present a lecture and concert about the Victory Vertical Project during World War II at First United Methodist Church in New Ulm at Center and Broadway at 7 p.m.

Pedersen tells the story of how Steinway and Sons from Queens, New York, had to stop manufacturing their pianos and turn to making gliders and coffins to aid the war effort. The Victory Vertical Piano Project was launched by Pedersen in November 2017 to tell, in words and music, a little-known story about pianos that were built for the military during World War II.

When the United States entered World War II in 1941, raw materials including iron, copper, and brass were diverted to the war effort, and piano makers were suddenly forced to manufacture other products or go out of business.

Henry Z. Steinway and Roman de Majewski developed a plan to build a small, lightweight, inexpensive upright piano that could be packed in a crate and shipped to soldiers in the field, sometimes dropped by parachute, supplying them with music to improve morale and strengthen resolve.

These 40-inch, boxlike instruments, which contained no more that 33 pounds of metal, came with sheet music, instructions and tools for tuning and repair, as well as handles for easy transport. The enthusiastic response to the first shipment of 405 pianos resulted in more orders for Olive Drab Government Issue, also known as O.D.G.I, “field” pianos, and when production ended in 1953, 2436 “Victory Vertical” pianos had been shipped to troops on three continents, and countless hours of diversion, education, entertainment, worship, enrichment, and outreach hand been provided.

The public is invited to attend. Admission will be a free will donation to the Brown County Historical Society, First Methodist Church or NUMAS Haus, a women’s and children’s homeless shelter in New Ulm.

NEW ULM — Kinder Haus Daycare and Preschool will host food stand and rummage sale on Friday, June 7, and Saturday, June 8, 8:30 a.m. to 1:30 p.m. Lunch will be served between 10:30 a.m. and 1 p.m. The event will be at Redeemer Lutheran Church, 700 S. Broadway. The even will feature five or more different sales, with items for babies, kids, men, women, toys, a bake sale and more. The menu includes breakfast cinnamon rolls, BBQ sandwich with chips, pickles, drink and a dessert or bar for $6 or a single BBQ sandwich for $2.50. Take out will be available.

NEW ULM — Pro Kinship for Kids will host a fundraiser garage sale Friday, June 7, from 5 to 7 p.m., and Saturday, June 8, from 7 a.m. to 2 p.m. The event will be held on the lower level of at Our Savior’s Lutheran Church located at 1400 S. State St. Proceeds will go to Pro Kinship for Kids.

NEW ULM — The Church of St. Paul on Nicollet will host its parish festival on Sunday, June 9. Mass is at 10 a.m., followed by a hog roast, BBQ chicken and pie from 10:30 a.m. to 1:30 p.m. Tickets are $13 for adults and children 12 and older and $6 for children ages 5 to 11. Admission is free for children 4 and under. There will be a silent auction, bucket raffle, kids’ games, bingo, beer garden and plant sail. The big raffle drawing will be held at 2 p.m. Fist prize is $500 cash, second prize is $250 cash, third prize is $250. Please join us for good food, friendship and fun. Take-out orders will be available. 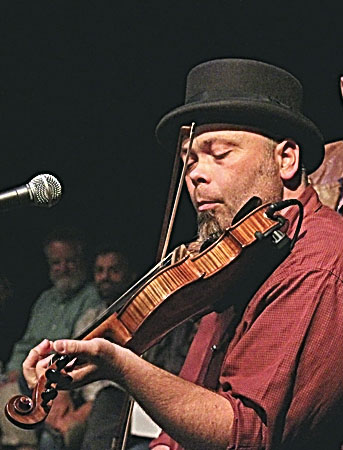