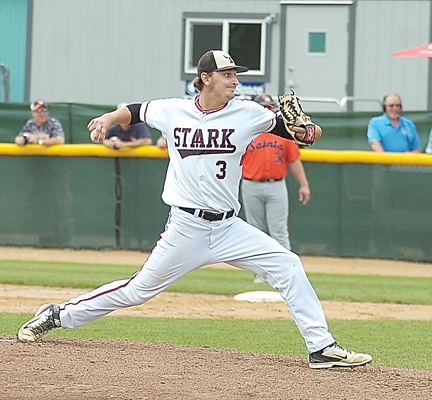 The 2019 Class C state amateur baseball tournament begins on Friday with games in Delano and Maple Lake and continues until Monday, Sept. 2 with the state championship game in Delano.

the New Ulm Brewers, the Sleepy Eye Indians and the Stark Longhorns, are representing Region 2C. Sleepy Eye and Stark play this weekend and New Ulm will play its first game next weekend after receiving a first-round bye. 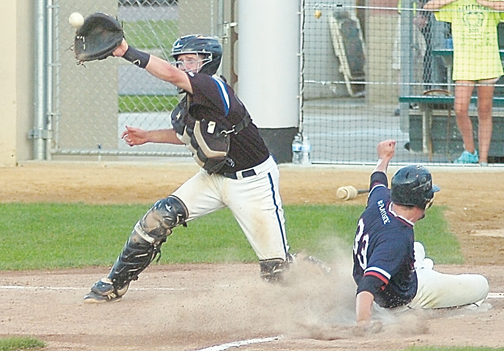 In 2014, the New Ulm Brewers made a deep run in the Class C State Amateur Baseball Tournament, losing to Sobieski in the championship game.

Brewers manager Al Flor thinks that this team has the tools — a deep and talented pitching staff — to perhaps repeat that journey again this year.

The Brewers (24-8), who won the Tomahawk East League regular-season title and also the Region 2C crown, open their state tournament play at 1:30 p.m. on Sunday, August 25 at Maple Lake when they play the winner of the Stewartville-Racine versus Buckman game.

Flor said that this year’s edition of the Brewers may mirror the 2014 team in some aspects. 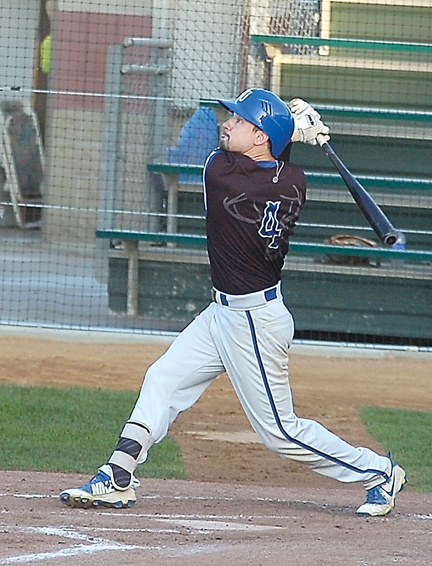 “There is not as much experience on this team — this team is a lot younger,” he said. “We think that there is a lot of young untapped potential. We have a little bit better pitching staff this year than in 2014.”

Flor said that pitching and the continuity are the team’s two strong points.

“This team has a different kind of feel to it than the 2014 team did,” Flor said.

Flor will have the ability to throw five solid pitchers at opponents in Mitch Kelly, Wade French and Mitch Bockenstedt along with draftees Avery Stevens from Essig and Johnny Pistulka from Lamberton.

“Those five are all top-notch starters,” he said. “If we can get that far it looks good for our third weekend run. We will utilize as many of those arms as we can in the first game right away.”

Offensively, the Brewers enter state tournament play hitting .324 as a team over their last 14 games and are led by Hunter Ranweiler’s .488 average. Also leading the team’s bats over the last 14 games are Cory Schaefer, who is hitting .412, Wade French (.366), Justin Hoffmann (.364) and Judd Davis at .340.

“Andrew Peters (.286) has come up big for us this year,” Flor added. “Justin [Hoffmann] is our leadoff hitter and he has four home runs. He is our spark-plug and Hunter [Ranweiler] is just a tough out.”

Flor said that the Brewers No. 9 hitter, Brody Peterson, has been solid all year.

“A shutdown pitcher is the key to the whole tournament,” Flor said. “I believe that we can make that deep run in the state tournament.”

For the first time since 2012, the Stark Longhorns are back in the Minnesota State Class C Amateur Baseball Tournament.

The Longhorns come in at 18-11 under manager Dusty Mangen, who said that his team’s strength this season has been its defense.

“We catch the ball,” he said. “Our infield defense is one of the best in the [Tomahawk East] League. Very few ground-balls get by our infielders. And we have good pitching depth is probably also a strength.”

That Longhorns pitching depth is led by Jon Kopacek who posted a perfect 9-0 record this year and carries a 2.61 ERA.

“He has been rock-solid for us all year,” Mangen said. “Two years ago he became a regular in our pitching rotation but this season he just took another step where he has been tough as nails for us. Every big game he wants the ball and we are happy to give it to him. He is all about control both physically and mentally — he can throw his three pitches where he wants to. Mentally he is unflappable.”

The Longhorns are hitting .286 as a team.

“Brandon has been on fire as of late,” Mangen said. “About halfway through the season he was hitting in the low .200s — he was struggling to get going — but ever since July he has been on a tear where every game you look at the box score and he has two or three hits. He is batting around .450 with runners in scoring position.”

Haala has also played well as of late.

“Zach just graduated from Sleepy Eye Public last year and he did not quite know where he would play in our line-up,” Mangen said. “He was versatile and he has a year of college baseball experience at Bethel and that improved him tremendously. His improvement has really helped us.”

Mangen thinks that the Longhorns are going into the state playing their best baseball.

“We found our groove and really took off.”

SLEEPY EYE — Last year, the Sleepy Eye Indians made a deep run in the Class C State Amateur Baseball Tournament, winning their first three games, making it to the “Sweet 16” before being derailed by Hutchinson’s Matt Timm in the first-ever perfect game in the history of the tournament.

This year’s Indians’ squad comes in with a 15-13 record, the three-seed out of Region 2C and hopes of making another deep run in the postseason tournament as they enter making their fifth appearance in the last nine years.

The Indians open state tournament play at 11 a.m. Saturday in Delano when they tangle with Cokato, the runners-up out of Section 12B.

“Our strength going into the tournament is definitely hitting,” said co-manager Brandon Streich. “In our 28 games this season, we only had 112 strikeouts and we drew 149 walks. That is only four strikeouts a game so we are putting the ball in play. It is tough to pitch to a line-up that puts everything in play.”

Leading the Indians’ offense this year has been veteran Joey Walter, who is hitting .369 with a team-leading 25 RBIs. He also leads in stolen bases with 18.

The Indians also bolstered their mound staff for tournament play by drafting Mark Schommer from Searles, Matt Helget from Leavenworth along with Jevan Richert, also from Leavenworth.

Streich said that this year’s team has seen mix of veterans with younger players who have step up and play key roles.

“Carter Brinkman is hitting .319 in his first full year of amateur baseball,” Streich said. “He has done very well. And I think having veterans helps the younger players in the state tournament. I think that we have some of the more savvy and higher baseball IQ guys in the league.

“Pitching is key in the tournament because in the first few weekends you can throw your ace every game because you have a week off between games but it is important to have deep pitching if you get down to that final weekend.”