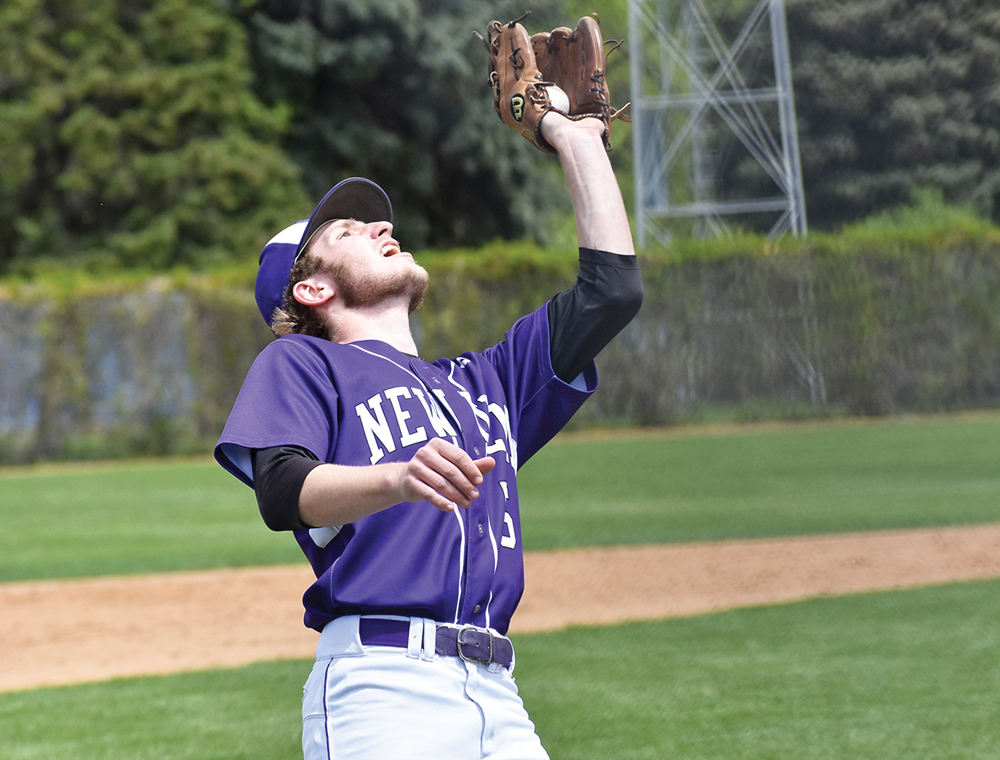 MARSHALL – The Marshall and New Ulm baseball teams looked to start off their postseasons on the right foot during Saturday’s Section 2AAA tournament opener. Thanks to a solid pitching performance from Isaac Schmitt and key two-out hitting, the No. 4 seeded Tigers were able to do just enough to piece together a 6-2 victory over the No. 5-seeded Eagles at Legion Field.

Both Schmitt and New Ulm starter Braden Zimmerman found themselves deadlocked in a pitcher’s duel early on, only allowing one combined hit to start. Marshall would strike first on the offensive end in the bottom of the second, using back-to-back doubles from Kaleb Welvaert and Andrew Mulso to give the Tigers a quick 1-0 lead.

New Ulm was able to find an answer in the top of the fourth, as Nolan Drill was hit by a pitch and Zimmerman connected on a single before Cole Ranweiler smacked a single to plate a run to tie things up at 1-1. The Eagles then brought in another run on a pickoff attempt and ensuing rundown to put New Ulm in front.

That lead wouldn’t hold for very long, though, as Marshall came right back with an effective inning of its own. Despite getting two quick outs, the Tigers put baserunners aboard with a Mulso walk and a hit by pitch from Jordan Mernaugh before both came around to score on a double by Matthew Hmielewski. One batter later, Jackson Hughes found the outfield with a single to bring in another run to give Marshall the lead for good at 4-2.

An inning later, the Tigers got a leadoff bunt single from Cody Greve and a walk from Schmitt before advancing on a sacrifice bunt by Nick Macchio. Marshall would then score on a wild pitch and an RBI groundout by Welvaert to extend its advantage to 6-2.

Hmielewski led the way for the Tigers with a 1 for 2 day at the plate with two RBI while Hughes, Welvaert and Mulso each added a hit and an RBI.

Schmitt earned the victory on the mound for Marshall, tossing a complete-game while allowing two runs on five hits and striking out seven.

Zimmerman led the way for the Eagles with a 2 for 3 day at the plate while Ranweiler added a hit and an RBI and Hunter Sehr and Colten Schaefer each had a hit.