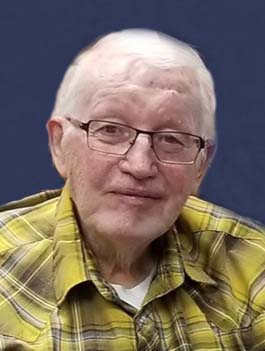 Visitation will be on Tuesday, December 3, 2019, from 4:00 pm to 7:00 pm at the Sturm Funeral Home, Springfield Chapel and will continue on Wednesday from 9:30 am until 10:30 am at the United Methodist Church in Springfield, MN.

Service will be held at the United Methodist Church in Springfield on Wednesday at 10:30 am.

The clergy will be Pastor Rick Frederickson. Interment will be at the Springfield City Cemetery.

Arrangements are with the Sturm Funeral Home in Springfield, MN. On line condolences may be left for the family at www.sturmfh.com.

Robert Oren Brand was born on November 29, 1932 to Conrad and Ida (Jurgens) Brand along with his twin brother Ronald in St. James, MN. He attended country school near Darfur and high school in Comfrey, graduating in 1950. He married Shirley Timm on June 5, 1952 in Springfield. Bob worked the family farm until 1959 when he moved to Springfield, then to Wood Lake, Ellendale, Wabasso, Sanborn Corners, and back to Springfield in 1968. He worked various jobs, including owning the Home Café, Standard Station, and lastly working at Sanborn Manufacturing until retiring in 1991 for health reasons. After retiring he kept busy delivering Meals on Wheels, being a courier for the hospital and State Bank, and driving people to the airport and doctor’s appointments. Bob was a member of the Jaycees, the Springfield Fire Department, the Masonic Lodge Eastern Star, and the United Methodist Church. He was known by many as the “sucker man” because he always carried Tootsie Roll Pops in his pocket for children young and old. Bob was affectionately known for being “playful, mischievous, and an instigator of fun”.