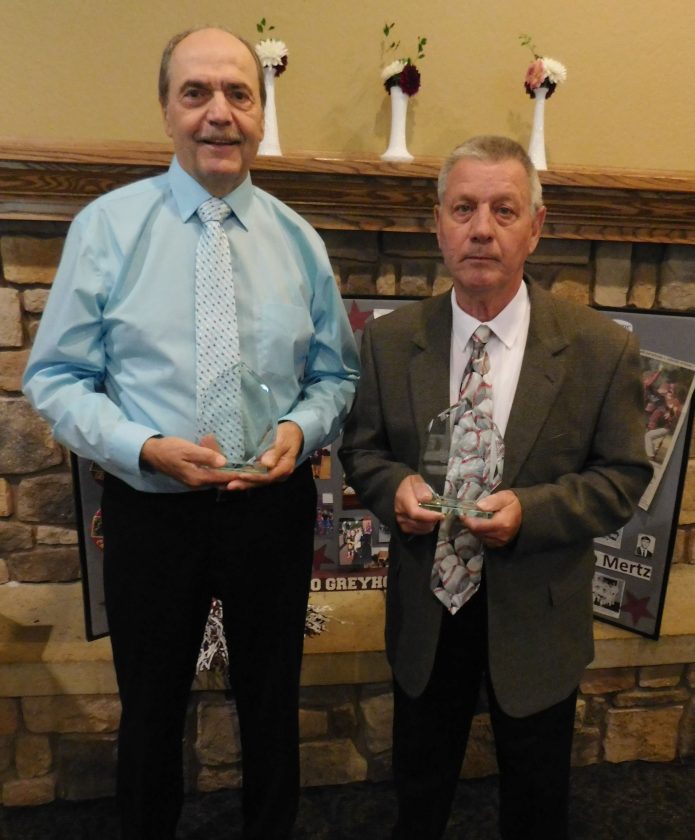 Softball coach Bob Mertz and Bob Weier were both inducted during a special luncheon at the New Ulm Country Club Saturday. Both were nominated to the Hall of Fame for Distinguished Athletics.

Weier thanked his wife, family and fellow coaches for his success. He said winning the state championship in 2005 was a top moment as a coach, but would never forget the memories of the people he met in his career.“I will always treasure this day,” Weier said.

Mertz, a 1967 graduate of CHS, started as an assistant coach in 1978 before taking over as head softball coach in 1980. In 39 season, Mertz led the Greyhounds to 26 conference titles, 16 section championships, and seven Class A state tournament wins. He holds an impressive 802-141 record as head coach at Cathedral High School and is recognized as the state’s all-time leader in prep softball coaching victories.

“In 39 years of coaching I wouldn’t change anything,” he said. Mertz said when first asked coach he turned it down because he never played sports in high school. He initially accepted the assistant coach position, but after three years had the confidence to continue. He was able to retire after seeing the program was in good hands with new head coach Jamie Portner. Mertz thanked his family and assistant coaches. He said asking former players to come back as assistant coaches were one of the smartest decisions he made. 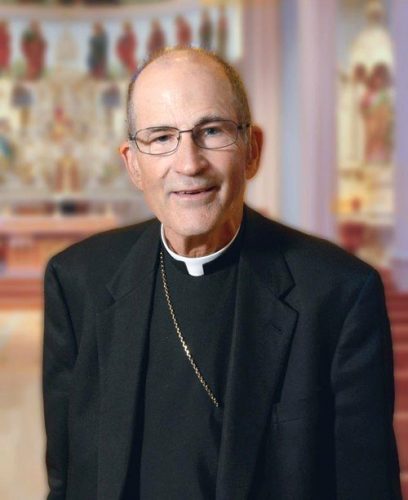 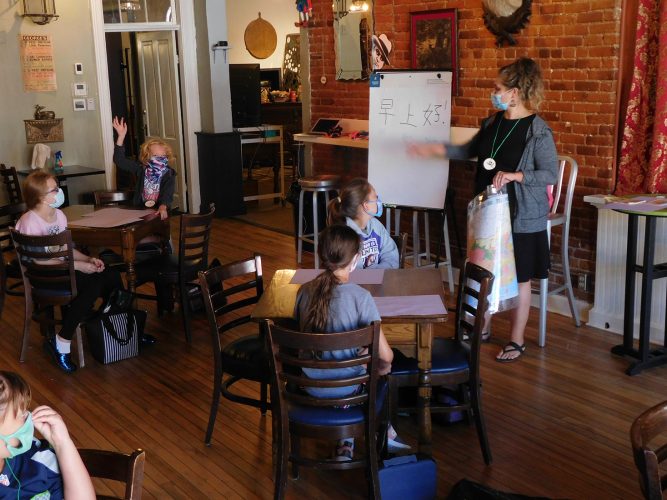