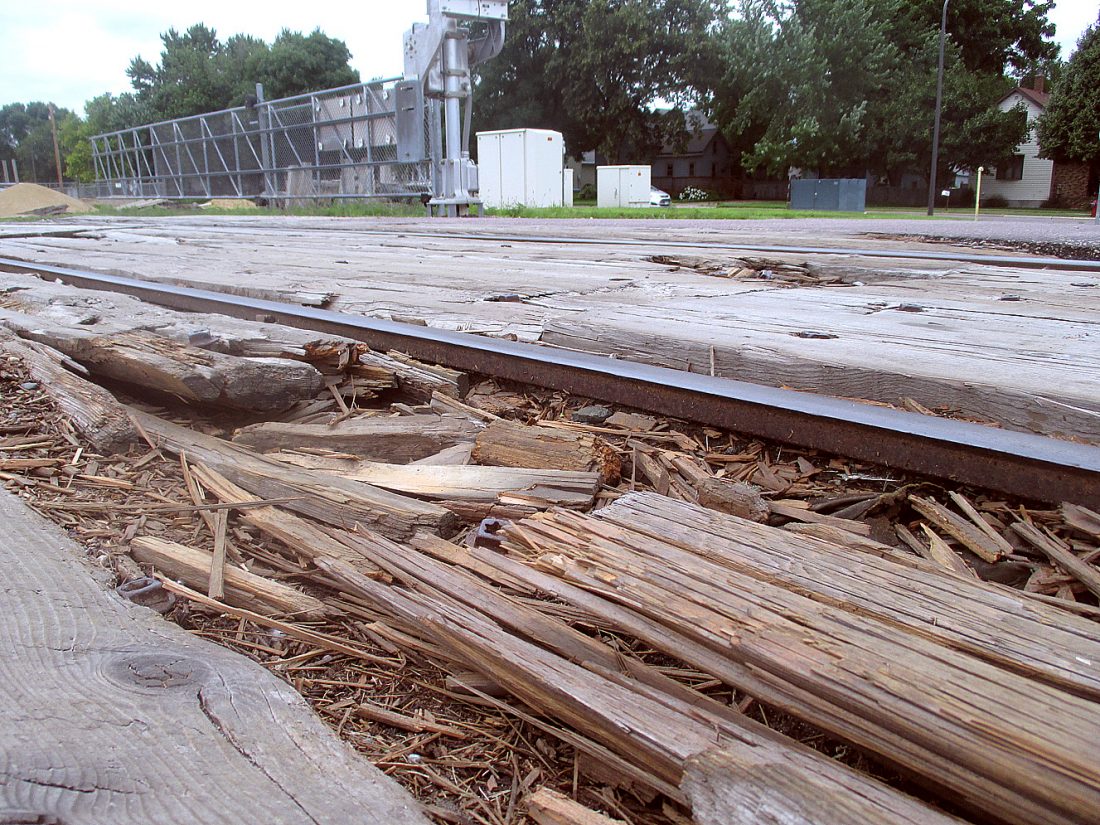 The conditions of the roadway at railroad crossings has been a city concern for years. According to city staff emails, the city has attempted to contact Canadian Pacific (CP) Public Works representatives about the crossings as early as December 2017.

A representative of CP inspected the New Ulm crossing in June 2018 and estimated 182 wooden planks needed to be replaced at four crossings (3rd South, 7th South, 12 South, and Valley Streets). In addition, a mill was needed to grind down the bituminous surface between the tracks. However, in an August email, the CP representative informed the city they did not have the budget to rent a mill and questioned if the city could support a milling machine.

The city was prepared to begin milling in September 2018, but CP crews were tied up with other projects and were unable to acquire materials needed.

In May, the city was informed the railroad did not have the funding for these repair projects and asked if New Ulm would be willing to share the costs for material and labor.

New Ulm is in continued discussions with CP regarding the repairs, but no action has been taken at this time.

According to Minnesota Statues, the maintenance of grade-crossing surfaces is the primary responsibility of railroad track owners or lessee.

The council will hold a public hearing for a noise variance. The New Ulm Small Business Group has requested a noise variance for a street dance from 8 p.m. to 12 p.m. Saturday, July 27 on Minnesota Street and Center Street to 1st North Street. The event will play amplified music.

The council will consider assessing properties on these streets at $1,485 per residential parcel while assigning incremental benefit to non-residential parcels. The assessment is payable over 10 years with a 4.4 percent simple interest to the unpaid balance.

Another public hearing will be held on a request from Kraft Heinz (KH) Food Company for a one-year extension of the Compliance Date for the job wage goals associated with their Minnesota Investment Fund (MIF) project.

New Ulm received a $435,000 MIF grant from the State of Minnesota through the Department of Employment and Economic Development (DEED) to assist with facility improvements at 2525 Bridge Street. This loan is forgivable if KH complies with project job and investment goals by May 1, 2019.

The council will be asked to approve the plans, specifications and authorize the solicitation of bids for the German Park Amphitheater.

The Park and Recreation Commission recommended approval during their July 8 meeting.

This project has been discussed for a decade. The earthen and grass seating terraces have slumped and degraded, making them unusable for lawn chairs. In addition, the terraces are inaccessible to the mobility-impaired.