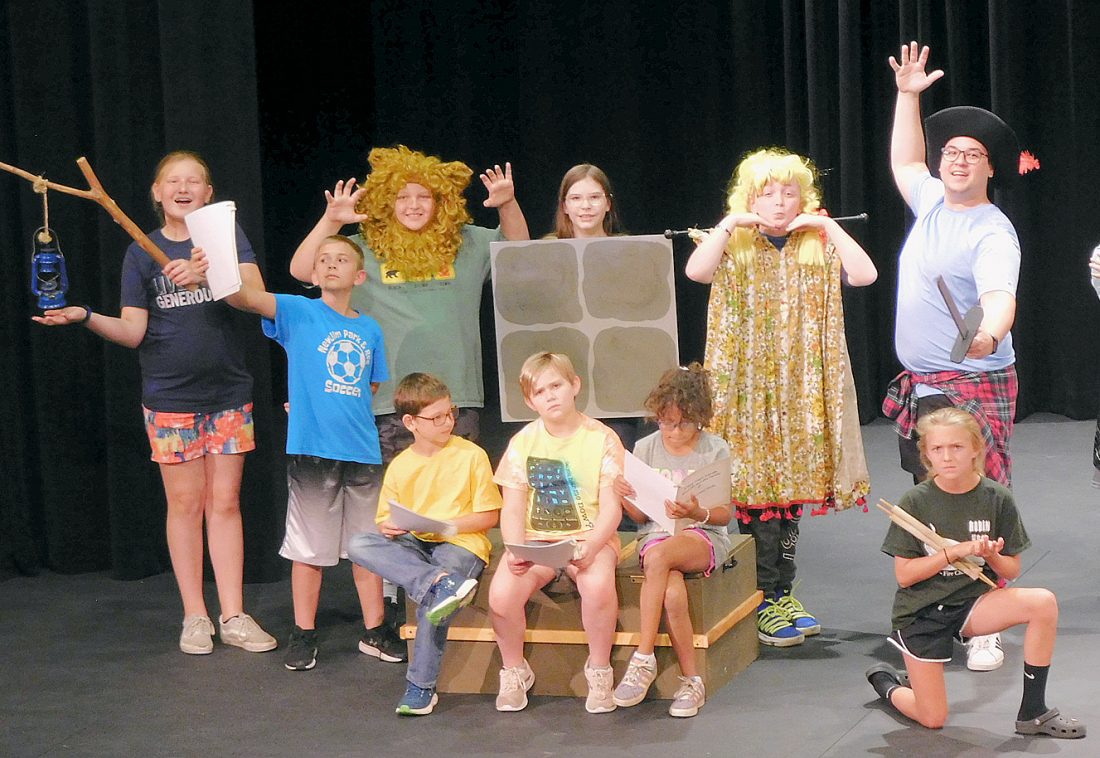 NEW ULM — What fools these mortals be to attempt a production of “A Mid-Summer Night’s Dream” with less than a week of rehearsal. But that is exactly how The Prairie Fire Children’s Theater (PFCT) operates.

The PFCT began auditions and rehearsal for “A Mid-Summer Night’s Dream” Monday, July 8. The first performance is 7 p.m. Friday, July 12 with a repeat performance 1 p.m. Saturday. Both shows will be held at the New Ulm Public High School. Admission is $2.

The PFCT is a group of youth theater directors who travel to different communities each week to organize a performance in a weeks time. The production is like a weeklong theater boot camp for young thespians.

Students entering grades 3-9 this fall, receive hands-on training for the work it takes to put on a stage production.

The PFCT has visited New Ulm the same week for the last 21 years, but this is the first time New Ulm’s youth actors performed a show based on a Shakespeare play.

“A Midsummer Night’s Dream” is a comedy in which two couples and an acting troupe head into the woods and are manipulated by the fairy folk who live there.

This version has been reworked for children. Directors Will Rutkowski and Andi Johnson said the major difference between this production is the story has been modernized.

“These guys know what they are doing and they know how to present it to the kids,” he said. The students have also proved a quick study of learning the material.

This theater program is presented by United Way of Brown County and Prairie Lakes Regional Arts Council and funded by appropriations from the Minnesota Legislature.