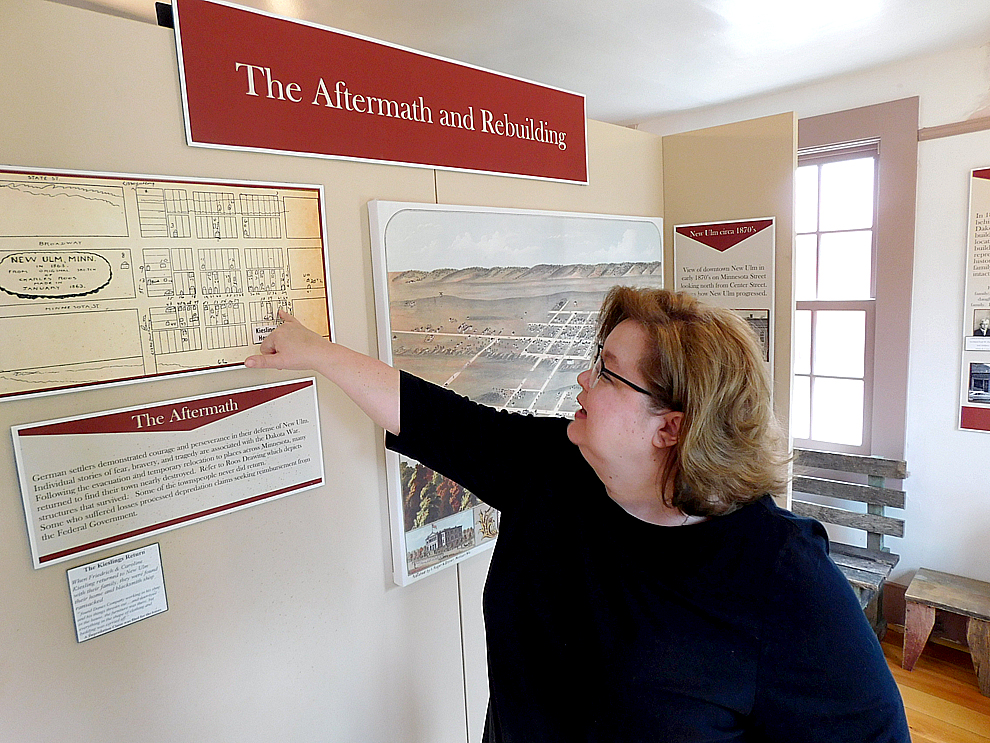 NEW ULM — For the last three summers, the Historic Kiesling House has been open to visitors and special program, but 2019 is the first year it has been operated by the Brown County Historical Society (BCHS).

The Kiesling House was constructed in 1861. It survived the 1862 U.S.-Dakota War and is the only wood-framed house from that era remaining in Brown County. It was placed on the National Register of Historic Places in 1972.

Kathleen Backer leased the Kiesling House for three summers. In April, the lease ended and the BCHS Board of Directors took on a new lease with the city for programming.

“What do you know about the Kieslings besides their name?” Knauf asked.

The Kiesling family does have an impressive history. Fredrick Kiesling had 10 children, eight of whom lived through childhood. The Kieslings had seven daughters and one son. Somehow the family found a way live together in the small wood-framed house.

Freidrich and Caroline Kiesling came to New Ulm in 1860 from Germany and set up a blacksmith business. Friedrich Kiesling had two brothers already living in New Ulm, who also were blacksmiths.

Within a year of coming to New Ulm, he built his house behind the blacksmith shop. One year after he built the house, the Battle of New Ulm occurred.

The Kieslings had only arrived in America a few years ago and found themselves in the middle of a siege situation.

The northern end of the barricade built by the New Ulm residents was located in the alley directly behind the Kiesling House. Most of the wood-framed houses were destroyed in the conflict. In fact, the New Ulm citizens were prepared to set the Kiesling house on fire if the Dakota broke through, but that proved unnecessary and the home was saved.

Knauf said the Kiesling House survived another disaster 20 years later. A tornado ripped through New Ulm in 1881 and missed the Kiesling house by a block.

The house stayed in the family for 90 years. Kiesling’s daughter, Lena, owned it until the 1970s. The house served as a rental property until it was placed on the National Register of Historic Places.

In addition to the Kiesling family history, the BCHS is working to compile more stories about the U.S-Dakota War and its aftermath.

At 1:30 p.m. Sunday, June 30 the Kiesling House will host a program featuring on Fur Trading given by Alex Kruger in full costume.