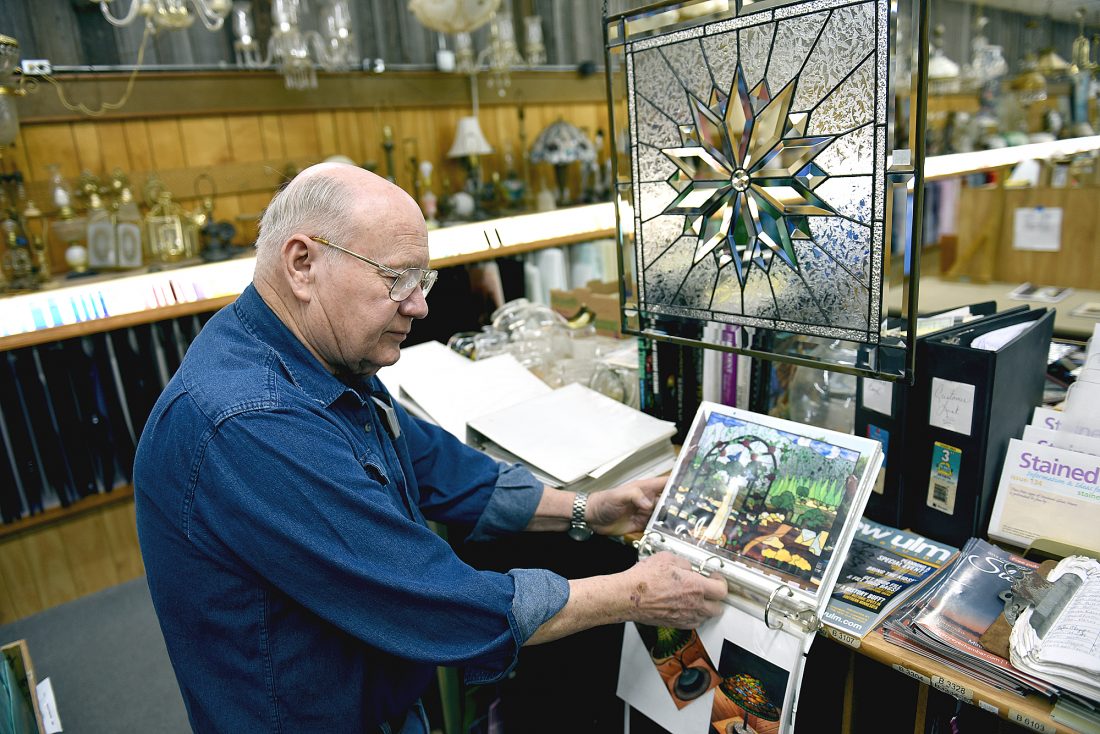 SLEEPY EYE — Walking into Sleepy Eye Stained Glass, a visitor’s gaze is greeted by dozens of stained glass windows and hundreds of other colorful creations.

Mike Mason, owner of the business and workshop, has been at it for over 40 years repairing or constructing hundreds of windows and projects.

But he wasn’t always a craftsman of glass.

Mason came to Sleepy Eye from Illinois in 1976 as part of a work transfer between Del Monte Foods factories.

Initially, Mason never imagined he would work with stained glass until he bought a box of broken stained glass from a church auction in Illinois. 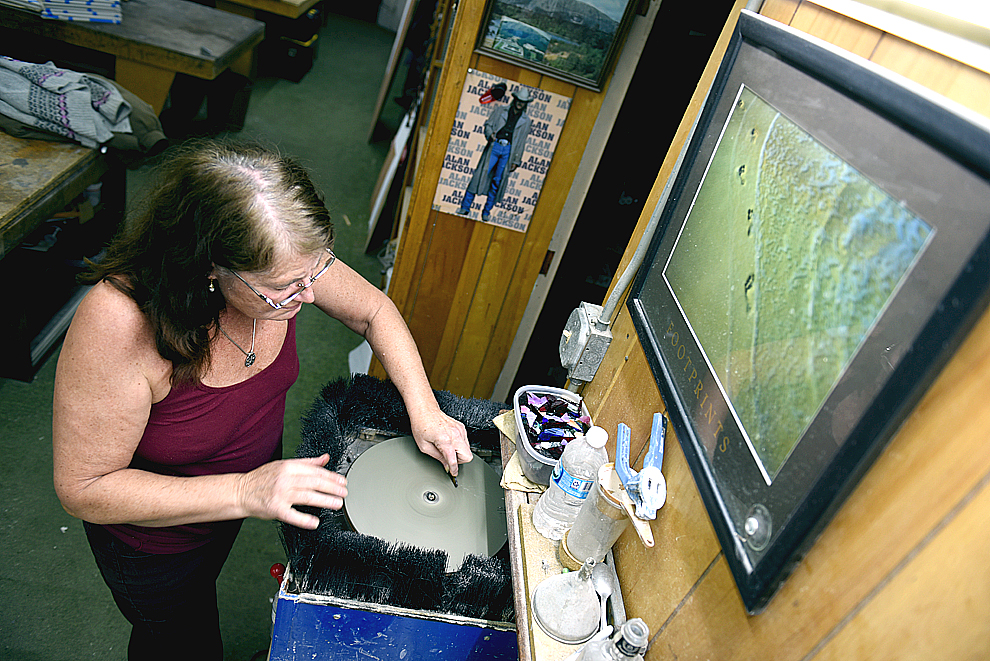 He said the box travelled with him to Minnesota.

Mason said his interest was sparked when he saw an advertisement for a do-it-yourself stained glass pamphlet in an issue of Popular Mechanics magazine. He ordered a pamphlet and quickly picked up on the skill, and like the dozens of decades-old windows in the shop, the rest is history.

“I wasn’t too bad,” he said. “I had lots of fun with it and got a little bit involved with a studio in Mankato at the time and was doing so well on my own that the owner wanted me to teach classes.”

Mason honed his skills at the Glass Galleria in Mankato where the owner asked him to assist with classes. It was here he acquired the right tools and a good supply of glass. 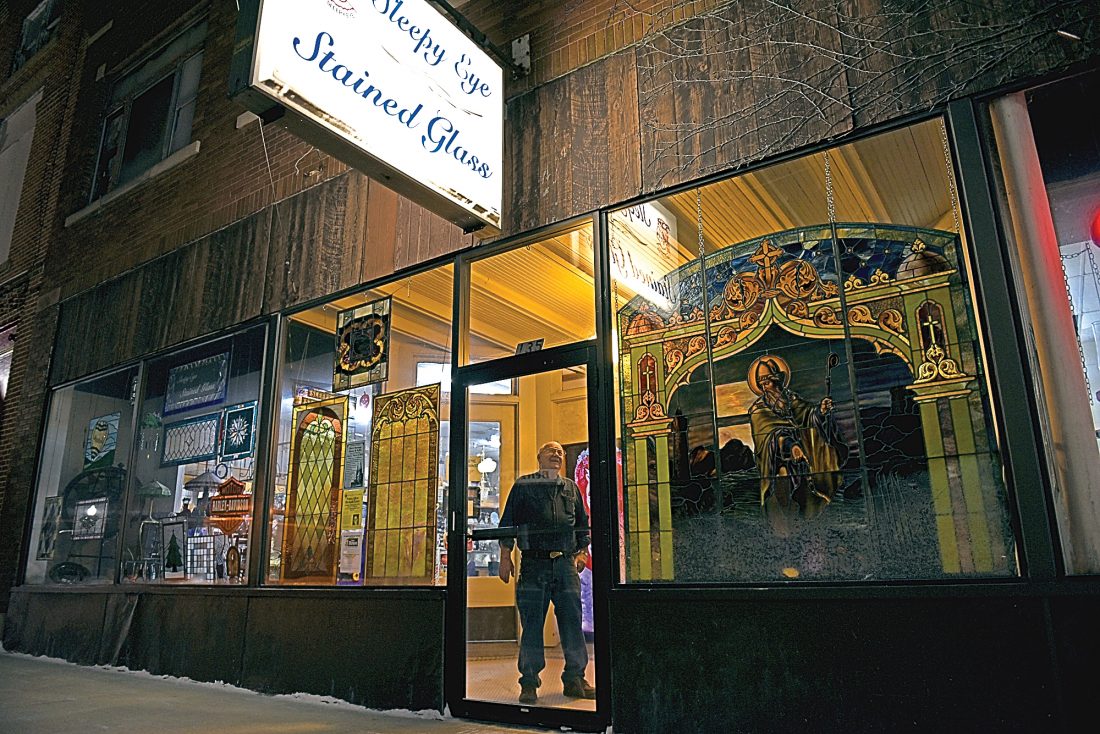 “So I started through the community education program teaching weekly classes,” he said. “It went pretty well. And then it went well enough that I started accumulating a supply of glass.”

Mason taught night classes four nights a week at four schools in southern Minnesota. During those four nights every week, Mason said he’d make the trek to New Ulm on Mondays, Redwood Falls on Tuesdays, Morgan on Thursdays and St. James on Fridays.

Every night, he loaded all his tools and glass in his pickup truck, unloaded it, taught the class, reloaded everything back up, and then headed back home where he unloaded everything again for his personal shop use.

He said teaching the classes helped hone his skills even further.

“As I was doing that I was getting a little bit better at the craft,” he said. “Then I opened up a real shop.”

Mason built a small workshop in the basement of his home in 1982. Two years later, he added on a garage, but not necessarily for storing his truck.

“I built a garage later on to have a small shop and I never got a vehicle in there because I filled it up with junk,” he said. “I do accumulate a lot of stuff.”

Mason said he taught fewer classes after he accumulated too many tools and supplies. It was becoming a hassle to haul everything around in his truck four nights a week — all while working full time at Del Monte as plant production superintendent.

“In the course of things, it ended up people wanted glass repaired,” he said. “So I started doing that and wasn’t bad at it. In any case, it got me started and kept me busy.”

Mason eventually retired from Del Monte in 1995 and opened up Sleepy Eye Stained Glass’ current location on Main Street East in 2001. The move gave him plenty of space for storage — and plenty of room to grow the business.

“This is the largest selection of stained glass that you can find in Minnesota, North and South Dakota, Iowa, half of Wisconsin and Kansas,” he said. “My competition, they have more volume of glass, but not the selection.”

In addition to repairing everything from stained glass windows, to lampshades and sculptures; Mason also hosts classes Monday through Friday 7 p.m. to 10 p.m.

Mason teaches the art and craftsmanship of creating stained glass works, and guides attendees as they progress from beginner’s projects such as what he calls “an ugly angel,” a small glass sculpture of an angel, until they are able to design and create projects of their own.

Some class attendees have shown up to Mason’s classes for years, and see it as a means to focus their creative energy.

Kim Boyle of Delhi, Minnesota, said she learned about the classes after she brought in a damaged stained glass sculpture to be repaired. She was impressed by the repairs and decided she wanted to learn the craft.

“I’ve been coming here for about two years,” Boyle said. “It’s great to come here and be creative.”

Boyle said most of her projects are stained glass flowers that feature a variety of colors. Recently, she’s been crafting snowflakes.

“For me, at least, it’s all about playing with color,” she said.

Mason has built or repaired a vast array of stained glass windows and projects. Many are housed in churches throughout Minnesota – and some in multi-million dollar homes such as Peace Harbor on West Lake Okoboji in Iowa.

Despite all Mason’s experience and work, he said he cherishes every project and considers it more of a hobby than a profession. 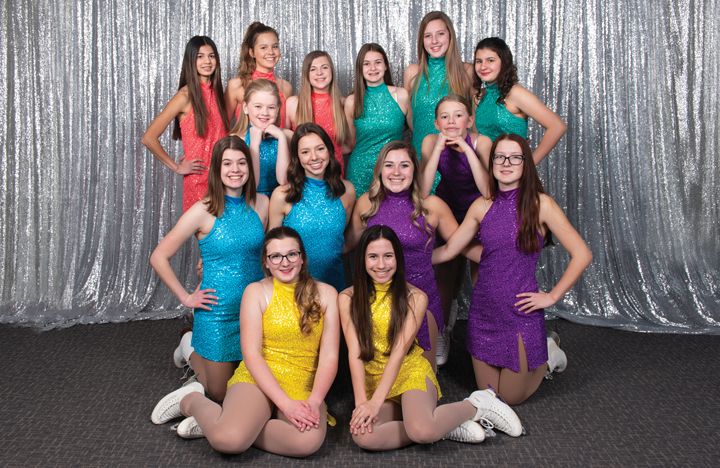 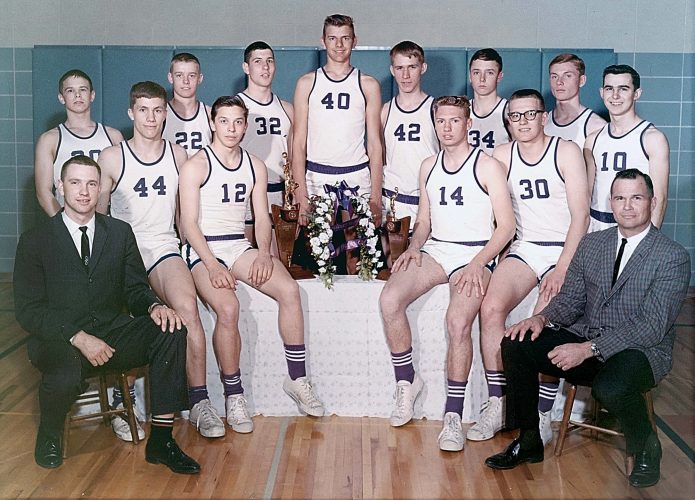 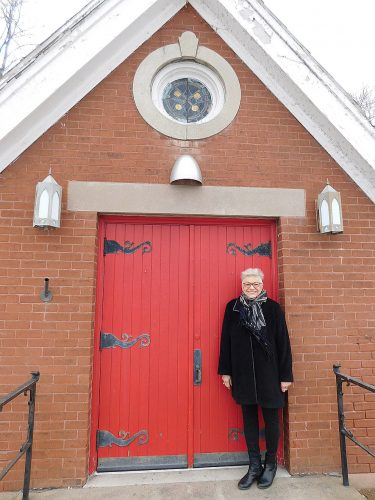 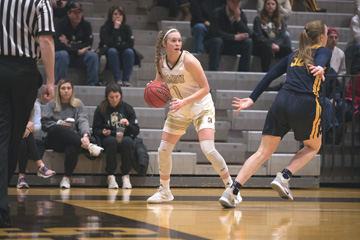 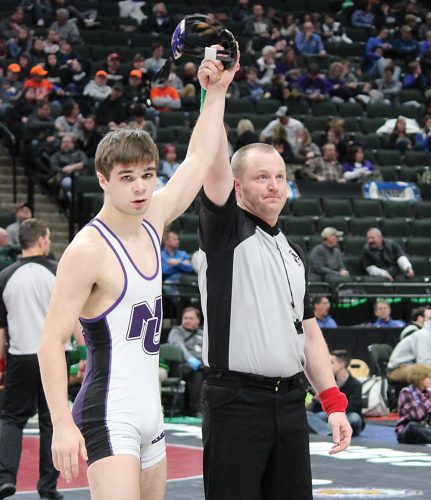